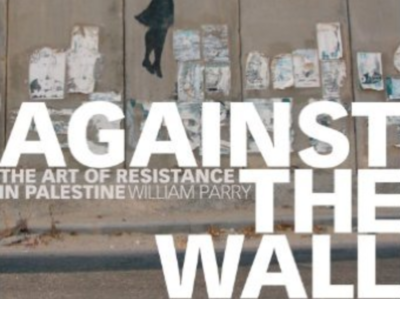 Join us for this tour in Quebec and Ontario, as British writer and photographer William Parry discusses the significance and symbolism of resistance art in its various forms across the occupied Palestinian territories.

About William Parry and this lecture

Israel’s illegal separation wall has been transformed into the world’s largest protest banner. William Parry, author of – Against the Wall: the art of resistance in Palestine – will give audiences a visual ‘talking tour’ of the stunning artwork and graffiti on the wall, and show how it mirrors the grim reality the wall has brought to Palestinian communities in the West Bank – but also how it reflects Palestinian resilience and determination to struggle for justice. The talks feature artwork by some of the West’s best known street artists, like Banksy, Blu, Swoon, Ron English and Faile – as well as graffiti by locals and the thousands of ordinary people who have used it to show their individual and unique protest and act of solidarity with Palestinians.

William Parry is a photojournalist based in London and has lived and worked in the Middle East for many years. He has been published in the Guardian and Independent and a number of other magazines and journals. He has also written for the Washington Review of Middle East Affairs, The Middle East, Times Higher Education Supplement, and several electronic news organizations.