Miko Peled - Beyond Zionism, Hope for peace in Palestine-Israel - Septembre 2013 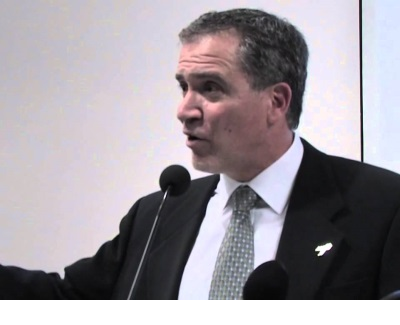 Israeli-American peace activist Miko Peled, author of "The General's Son -- Journey of an Israeli in Palestine", gives a series of lectures hosted by CJPME in seven Canadian cities, September 30 to October 8. Peled, son of a prominent Israeli General and uncle of a suicide bombing victim, will discuss the arguments in favour of the “one-state” solution to the Israeli-Palestinian conflict.

CJPME is delighted to invite you to a series of lectures by prominent Israeli-American author and peace activist Miko Peled. Peled will present his vision for the future of Israel-Palestine. The tour will begin in North York (Toronto) on September 30, and wrap up in Calgary on October 8. Each lecture will be followed by a Q & A period, after which Peled will also sign copies of his book, The General's Son: Journey of an Israeli in Palestine.

Miko Peled's book chronicles his family's journey and his own transformation into a peace activist and proponent of the "one-state" solution to the conflict.

Miko Peled was born in Jerusalem in 1961 into a family intimately tied to Israel's history. His maternal grandfather was a signatory of the Israeli Declaration of Independence. His father fought in the 1948 Arab-Israeli war and became a brigadier-general, emerging from the 1967 Arab-Israeli war as a national Israeli hero. He later regretted his role in the 1967 war, became a Knesset Member for a left-wing Arab-Jewish political party, and dedicated the final decades of his life to promoting a peaceful solution to the Israeli-Palestinian conflict.

Peled's family are no strangers to the violence of the past decades between Israelis and Palestinians: his niece Smadar (14) was killed in a 1997 suicide bombing in Jerusalem. Her mother, Nurit Peled, blamed the bombing on the despair engendered among Palestinians by Israel's decades-long military occupation of the Palestinian territories. The tragedy prompted Miko Peled to delve further into the history of the Israeli-Palestinian conflict, spend time with Palestinians in the occupied territories and abroad, and explore potential solutions. His personal reflections will provide Canadians with food for thought, regardless of their own convictions about how best to resolve the conflict.