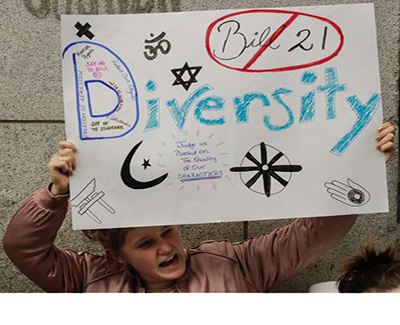 Bill 21, which in the name of government “secularism,” will now bar Quebeckers who wear religious symbols from taking certain government positions. Despite months of public outcry and severe criticism from human rights groups, the Quebec government passed Bill 21 into law on June 16th. Bill 21 will further entrench division and difference, while infringing on the democratic values of Quebeckers, such as the rights to religious equality and gender equality.