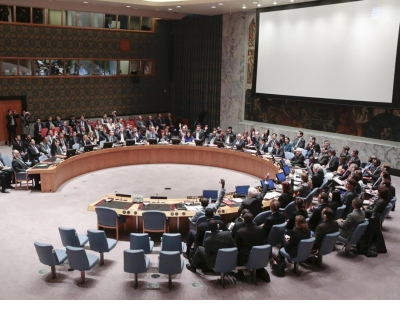 Montreal, January 14, 2013  —  Canadians for Justice and Peace in the Middle East (CJPME) applauds the decision of 57 countries to ask the UN Security Council to refer the Syrian situation to the International Criminal Court (ICC) for investigation. The joint initiative asks the Security Council to refer the situation in Syria to the ICC for investigation of numerous alleged war crimes and crimes against humanity, “without exceptions and irrespective of the alleged perpetrators.” The group of countries making the request is diverse: Australia, Austria, Belgium, France, Denmark, Norway, the United Kingdom, Uruguay, Costa Rica, Japan, Botswana, Libya and Tunisia, among others.

“If the Security Council acts on the request, it will send a powerful signal to both the Syrian government and the opposition that war crimes and human rights violations cannot be committed with impunity,” says CJPME President Thomas Woodley. CJPME notes that the UN Independent International Commission of Inquiry in November 2011 documented a pattern of summary executions, arbitrary arrests, torture, forced disappearances, sexual violence and violation of children’s rights.  In a statement Jan. 14, Human Rights Watch (HRW) said it had documented human rights violations both on the part of the Syrian government, and on the part of the Syrian opposition.  HRW also noted that it had concluded that the Syrian government had committed crimes against humanity since the outbreak of violence in 2011.

CJPME hopes that Canada will support the request and that Canadian MPs of all stripes will act in a judicious manner to encourage all Security Council members to support the request, or, at a minimum, to refrain from vetoing it. Since Syria is not a party to the Rome Statute—which established the ICC—the ICC can only have jurisdiction over the crimes committed in Syria if the Security Council refers the situation to the Court.

The Security Council has referred situations only twice in the past, for Darfur in 2005 and for Libya in 2011, but has often failed to act in other parts of the world where there was widespread evidence of criminal behaviour.  According to the latest UN figures, upwards of 60,000 Syrians have been killed during the crisis. As noted by Human Rights Watch—which supports the request for a referral to the ICC—the record from other conflicts (e.g. the Balkans) demonstrates that criminal indictments of senior political, military, and rebel leaders can strengthen peace efforts by delegitimizing and marginalizing those who stand in the way of the conflict’s resolution.