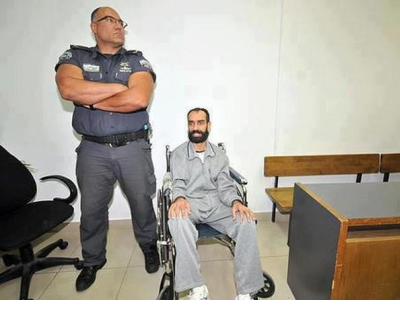 Montreal, February 13, 2013  — Canadians for Justice and Peace in the Middle East (CJPME) is extremely concerned that Samer Issawi—a 34-year-old Palestinian on a hunger strike—is near death. Issawi has been on hunger strike for over 200 days to protest his detention by Israeli authorities without charge or trial.  Issawi was one of several hundred Palestinian prisoners released in December 2011 as part of a prisoner exchange. He had been imprisoned since 2002. According to Human Rights Watch (HRW), he was arrested again on July 7, 2012 on the basis of an Israeli military order revoking his release. He was initially held at the Moscobiyya Detention Centre where he was interrogated for 28 days, and was denied access to his lawyer for the first 23 days. HRW has urged Israel to either release the prisoners or charge them and try them in processes that meet international human rights standards.

“Must this young man die before Canadian politicians raise their voices against Israel’s practice of detention without charge or trial?,” asks CJPME President Thomas Woodley. He notes that Issawi has lost half his body weight, his internal organs are starting to shut down, he is losing his vision and vomiting blood, and is losing the ability to speak. These are all signs that he is nearing death. CJPME notes that Issawi is one of 178 Palestinians currently held in Israeli “administrative detention”—that is to say, detention without charge or trial. Several others are also currently on hunger strikes. According to Issawi’s father, as of August 2012, his son was one of nine Palestinians rearrested after the December 2011 prisoner swap.

According to Amnesty International, a committee of three Israeli military judges is seeking to reinvoke the 30-year sentence imposed on Issawi in 2002. They have refused to indicate to Issawi or his lawyer the allegations on which he is currently detained, saying it is based on secret information related to how he “breached” the conditions of his release. In the absence of this information, Issawi and his lawyer are unable to mount a defence. Parallel to this, Issawi, a Jersualemite, has been charged in an Israeli civilian court with breaking the conditions of his release by entering the West Bank.

CJPME notes that detention without charge or trial violates the most elementary international human rights norms. CJPME urges Canadian MPs of all political stripes to speak out against Israel’s use of administrative detention and to call for Issawi’s immediate release and transfer to an appropriate hospital. CJPME also urges Canadian media outlets to cover this case and the broader issue of Israel’s frequent detention of Palestinians without charge or trial.