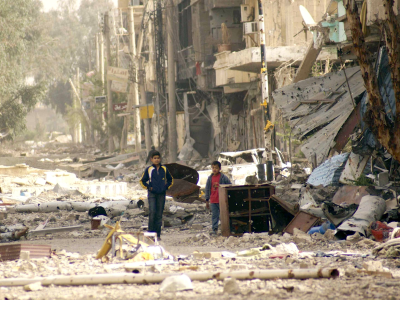 Montreal, March 6, 2013  — Canadians for Justice and Peace in the Middle East (CJPME) has released detailed recommendations for Canadian policies to address the Syrian crisis. They include:

“Canada must do its fair share to meet the needs of the victims of Syria’s civil war and do its utmost to promote a non-military solution to the conflict,” says CJPME President Thomas Woodley. CJPME urges the Harper government to make fundamental human rights and Syrians’ basic economic needs—rather than promotion of Canadian corporate interests—its top priority in its approach to Syria.

“Canada must also accept that the full spectrum of Syrian political opinion—including forces that may not share the Harper government’s Middle East stances—must be represented in any post-conflict government,” cautions Woodley. CJPME warns that approaches based on the exclusion of the entirety of the Baath party—or other political currents that also enjoy grassroots support—from a post-conflict government are doomed to failure. Syria’s opposition has said it is willing to work with certain segments of the former governing party, although not Assad or his closest associates.

CJPME notes that so far the Canadian government appears to be ignoring the needs of a particularly vulnerable group caught in the middle of the Syrian conflict: the half million Palestinians living in refugee camps in Syria. At least 34,000 of these refugees have fled to Lebanon and Jordan, countries already reeling from the influx of Syrian refugees. CJPME observes that in any civil war, foreigners are particularly at risk; Palestinian refugees have already been violently attacked and forcibly recruited by both sides of the Syrian conflict. CJPME urges MPs of all stripes to insist that Canada’s policies on the Syrian conflict respect Syrians’ right to choose economic and political models that correspond to their values and interests.