CJPME shares frustration of many over Obama visit to Middle East 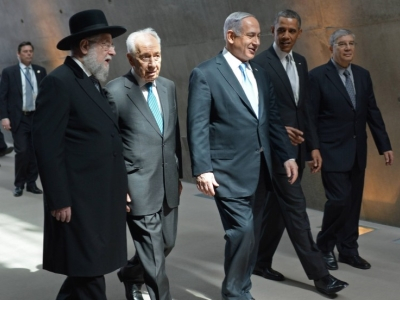 Montreal, March 25, 2013  — Canadians for Justice and Peace in the Middle East (CJPME) is disappointed that during his recent Middle East visit, President Obama failed to insist that Israel halt its violations of international law and fundamental human rights. Obama made weak statements, categorizing Israel’s illegal “settlements” as “not constructive” and suggesting Israeli “settler” violence should not go unpunished. However, he failed to insist that Israel respect international law and implement an immediate settlement freeze, although he did explicitly insist that the Palestinians not make a settlement freeze a pre-condition for negotiations.  He also urged Palestinian leader Mahmoud Abbas to avoid “unilateral” steps such as appealing to the UN.

“The US President communicated no commitment to international law,” says CJPME President Thomas Woodley. Moreover, Woodley notes, Obama failed to insist that the Israeli authorities either release Palestinian detainees currently being held without charge or trial, or deal with them in legal procedures that meet international “due process” norms. “One would have hoped that as a lawyer, Obama would consider sacred the right to not be detained for months, even years on end without charge or trial,” adds Woodley.

CJPME believes that President Obama should set a firm deadline for withdrawal of US military aid to Israel. US military aid helps Israel to perpetuate its 45-year long occupation of the Palestinian territories as well as its ongoing colonization (i.e. “settlement building”) of the West Bank and East Jerusalem.   CJPME notes that providing copious amounts of military aid in effect minimizes the costs to ordinary Israelis of the occupation and “settlement” activity. By doing so, the US is reinforcing Israelis’ belief that their government can postpone reaching a peace agreement with the Palestinians indefinitely, without dire consequences.

CJPME is also surprised that the President referred to Palestinians’ bid for support at the UN as a “unilateral” move, given that the UN General Assembly is the most multilateral body on earth. “Obama seems to be implying that Palestinians should simply acquiesce while Israel, which already has 78 percent of historical Palestine, makes a grab for close to half of the rest,” notes Woodley.