CJPME: Canada not doing its share to fund UNRWA 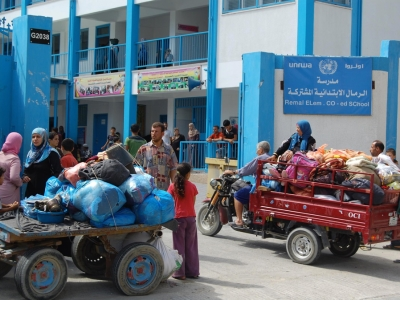 Montreal, March 28, 2013  — Canadians for Justice and Peace in the Middle East (CJPME)— a grassroots Canadian organization with over 43,000 supporters—today expressed deep disappointment over Canada’s paltry contributions to the United Nations Relief Works Agency (UNRWA) in 2012 and 2013. “Canada has become the developed world’s ‘slacker skinflint’ when it comes to UNRWA funding,” asserts CJPME President Thomas Woodley. CJPME notes that Canada has not contributed a penny since 2008 to UNRWA’s General Fund, which finances essential educational and health services for Palestinian refugees.  CJPME believes that Canada ought to contribute at least $18.8 million to the General Fund in 2013 – 2.83 percent, as it did in 2008.

“Although the Canadian government tardily responded to UNRWA’s 2012 Emergency Appeal—months into 2013—that does not make up for the elimination of all funding for UNRWA’s core programmes,” adds Woodley. The UNRWA General Fund is the main source of resources to educate children and provide minimal health care for nearly 5 million Palestinian refugees. CJPME notes that the refugees and their descendants have been stuck in refugee camps since war and ethnic cleansing drove them from their communities of origin – most of them since 1947-48.

As recently noted by Michael Bell—Canada’s former ambassador to Israel, the Palestinian territories, Egypt and Jordan—20 percent of UNRWA's employees deliver solid health care at very modest cost. Fifty per cent of its employees in Gaza are teachers. UNRWA is cost-effective and its objectives and the services it finances are in accordance with the stated Middle East policies of all of Canada’s major parties, including the ruling Conservatives.’ As observed by Bell, the only regional actors who may favour UNRWA's demise are Islamists, who would be happy to see it go because of the secular values it represents and promotes.  CJPME notes that the cumulative shortfall in Canada’s contribution to UNRWA’s General Fund is now in excess of $60 million and will hit $80 million in 2013, if the Harper government does not contribute its fair share.

Like much of the international community, CJPME believes that the funding of core UNRWA programs is a long-term international commitment to the well-being of Palestinian refugees, until their situation is resolved.  By contributing only to UNRWA’s emergency fund, the Canadian government seems to suggest that the need is temporary – like a famine, or an earthquake – and not one resulting from an unresolved political impasse. CJPME also notes that the Harper government has made similarly paltry contributions to humanitarian aid for Syrian refugees.  CJPME encourages the Canadian government to face up to the underlying political reasons for these refugee crises, and work constructively to address them.