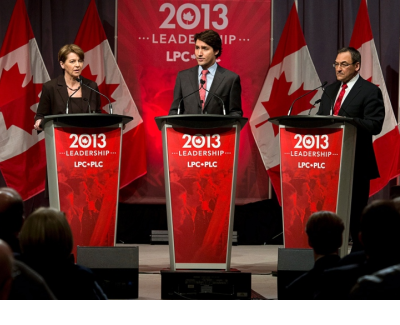 Montreal, April 4, 2013  — Canadians for Justice and Peace in the Middle East (CJPME) today released its assessment of the Middle East stances of the six Liberal leadership contenders. After weighing various factors, CJPME grades the leadership candidates as follows:

“We consider our assessment to be the best overall analysis thus far of where the candidates may stand vis-à-vis Canada and the Middle East,” stated Thomas Woodley, president of CJPME.  “We hope that Liberal Party supporters will consider the candidates’ track record on this key foreign policy issue during the upcoming voting, and beyond,” continued Woodley.

When assessing the leadership candidates’ Middle East stances, CJPME considered the following: candidates’ statements in the House of Commons and its committees; statements on the candidates’ own websites; candidate statements as captured by the media or observed in person by CJPME analysts; the candidates’ approach to, and responses to, a 9-point questionnaire sent to each of the candidates in February; and other actions known to have been taken by the candidates: e.g. recorded votes or motions; trips to the Middle East; etc.

CJPME notes that current Liberal front-runner Justin Trudeau scored a C-, the second lowest score of all the candidates. While Trudeau has criticized the Harper government for making Middle East policy a domestic “political football,” he has not clarified what, if anything, he would do differently. CJPME encourages all the leadership candidates to be more clear and courageous on Middle East issues: two qualities that were often lacking through the course of the leadership race.

Like many of its 40,000+ supporters, CJPME believes that Canada should be doing much more to contribute to the resolution of the various conflicts in the Middle East. “Unfortunately, the Liberal Party, instead of challenging the increasingly negative role being played by the Harper government, has either echoed Conservative Party stances or remained silent,” says Woodley.  CJPME evaluated NDP leadership candidates using similar criteria last year during the NDP leadership race. One of the highest-scoring candidates, Brian Topp, nearly won the NDP leadership race, despite the major handicap of not having a seat in the House of Commons. Topp’s relative success seems to contradict the fearful political axiom that addressing Middle East issues is a “lose-lose” proposition.

The document can be found here: Link