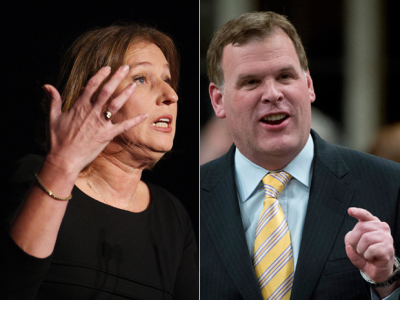 Montreal, April 15, 2013  — Late last week, it was revealed that on Tuesday, April 9, Foreign Minister John Baird met with Israeli cabinet minister Tzipi Livni in East Jerusalem. Under international law, East Jerusalem is occupied Palestinian territory. Most nations, including Canada, do not recognize Israel’s unilateral military annexation of East Jerusalem, and therefore refuse to meet there with Israeli politicians, out of respect for international law and Palestinians. Canadians for Justice and Peace in the Middle East (CJPME) condemns Baird’s blunder.

The Palestinian Authority was so offended by Baird’s move that it summoned Canadian Envoy Katherine Verrier-Frechette “to express its strong dissatisfaction over the meeting.”  “By meeting with Livni in occupied Palestinian territory, Baird displays no diplomatic savvy and an appalling lack of commitment to international law,” says CJPME President Thomas Woodley. CJPME notes that repeated UN resolutions have urged Israel to end its 65-year long occupation of the Palestinian territories, including East Jerusalem. Palestinians and the governments of most nations expect that the capital of a future Palestinian state will be East Jerusalem, due to the historical ties Palestinians have with Jerusalem.