May 15: 65th anniversary of Palestinians’ “Nakba” 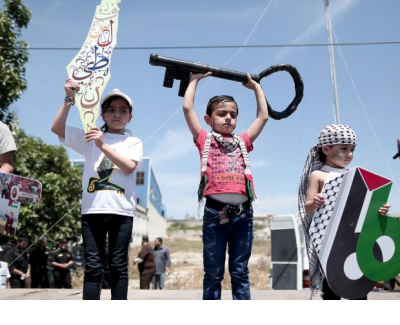 Montreal, May 8, 2013 —May 15 is the 65th anniversary of the massive forced displacement of Palestinians following the UN’s decision to partition Palestine. During that process, referred to as the “Nakba” (Arabic for “catastrophe”) by Palestinians, at least 700,000 Palestinians fled their homes and lands. They and their descendants—for decades the globe’s largest single refugee group—now number 5 million. Canadians for Justice and Peace in the Middle East (CJPME) is hosting events in Ottawa May 15 and 18 to draw attention to this ongoing tragedy and to press Canadian MPs to seek a just solution.

“With close to half of all Palestinians now in their third generation of statelessness, exile and displacement, Canadians and their MPs have a moral obligation to press for justice,” says CJPME President Thomas Woodley. On Wednesday May 15, from 6 to 8 pm, CJPME will host a vigil at Canada’s national HumanRightsMonument at the corner of Elgin and Lisgar streets in Ottawa. On Saturday, May 18, from 2 to 4 pm, CJPME will also host a demonstration on Parliament Hill to protest the ongoing violation of Palestinians’ rights.  Both events are also endorsed by Baladna, an Ottawa-based Palestinian-Canadian community group. MPs of all stripes and Canadians of all walks of life are invited to express their solidarity by attending the events.

CJPME notes that the tragedy of the Nakba has been exacerbated by Israel’s 46-year military occupation of the Palestinian territories, its over 120 “settlements,” and its blockade of Gaza. Israel’s settlement enterprise—the colonisation of the West Bank—violates international law, which stipulates that an occupying power may not transfer its civilian population to the territory it occupies. Israel’s harsh and sweeping blockade of Gaza, in effect since 2007, also violates international law, which prohibits the collective punishment of a civilian population.

CJPME notes that Canada and the rest of the international community have exerted little pressure on Israel to acknowledge Palestinians’ “right of return.” Israel has never offered to compensate the Palestinians whom it will not allow to return for the appropriation of their homes and farms. “We hope that average Canadians and MPs will attend the vigil and the demonstration, and raise their voices against this injustice,” says Woodley. CJPME will also be distributing information leaflets on Parliament Hill during lunch hours May 16-22.