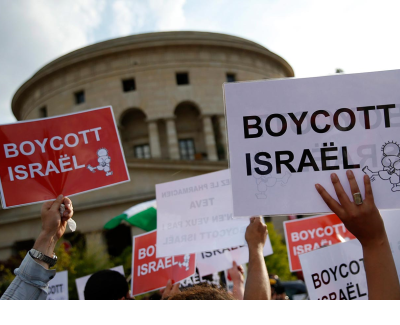 Montreal, May 13, 2013  — On May 8, it was revealed that world-renowned physicist Stephen Hawking had cancelled his participation in an annual Israeli conference “Facing Tomorrow,” sponsored by Israeli President Shimon Peres and to be held in June. Initially some media outlets implied that the decision was strictly health-related. However, a statement published with Hawking's approval by the British Committee for the Universities of Palestine clarified that Hawking had decided to respect the boycott of Israel, based on his knowledge of the Israeli-Palestinian situation. Canadians for Justice and Peace in the Middle East (CJPME) believes that Hawking’s decision is emblematic of major shifts in the international community’s attitude to the Israeli-Palestinian conflict.

“The international community has tried decades of ‘engagement’ and internationally-sponsored peace talks. Yet year after year, Israel maintains its occupation of Palestinian land, and illegally settles colonists [i.e. “settlers”] there,” notes CJPME President Thomas Woodley.  Woodley suggests that the decision of Hawking and a growing number of other academics and performers indicates that the world is growing weary of the status quo, maintained largely by Israel’s current policies.

CJPME points out that public figures’ decisions to respect the boycott seem closely linked to Israel’s increasing belligerence. In 2009 Hawking denounced Israel’s 22-day pounding of Gaza in winter 2008-09 as “plain out of proportion,” adding that the situation was “like that of South Africa before 1990 and cannot continue." Days after Israel’s lethal 2010 raid on a humanitarian aid flotilla to Gaza, US actors Dustin Hoffman and Meg Ryan cancelled their participation in the Jerusalem film festival. When Israel established a cultural centre in a large illegal Israeli “settlement” in the West Bank, US actress Julianne Moore publicly supported Israeli actors who announced they would boycott the centre.

CJPME hails Hawking’s announcement as an indication that an ever-increasing number of people in many nations no longer believe Israeli leaders’ excuses for its 46-year occupation, its Wall, its blockade of Gaza, its “settlements,” and its brutal military assaults. CJPME believes that a combination of diplomatic action and broad boycott action will eventually convince Israeli leaders’ that a change of direction is required. CJPME laments that the Canadian government and many Canadian MPs have lagged behind their European peers in pressing Israeli leaders to respect international law.