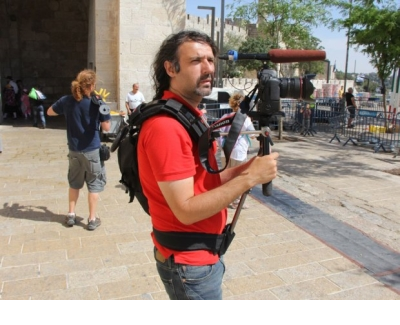 Montreal, May 22, 2013  — CBC Ombudsman Esther Enkin has upheld a complaint from Canadians for Justice and Peace in the Middle East (CJPME) against a documentary it broadcast in April.  Enkin ruled that, in the interests of full disclosure and transparency, CBC management should have prominently included information on the funding of a comedy tour featured in the film “A Universal Language.”  “With that information, a viewer would have an important bit of context to understand what is shown, and to make up his or her own mind how much influence it had on the outcome” stated Enkin in her review, released last week.

“A Universal Language” followed a group of Canadian comedians doing comedy shows in Israel  and the occupied Palestinian territories.  The tour was a public relations initiative financed by the Government of Israel and the Centre for Israel and Jewish Affairs (CIJA), a Canadian-based lobby group, and was led by Mark Breslin, founder of the Yuk Yuk’s comedy chain,

“When a program is financed by a foreign government, and a lobby group, one can hardly consider it a true ‘documentary,’” asserted CJPME President Thomas Woodley.  “Had this information been presented by the CBC up front, it would have cast the program in a completely different light.  Viewers need to know who’s behind a broadcast, and what their agenda is,” continued Woodley.  CJPME was also concerned that the CBC may have violated its own Journalistic Standards and Practices, which prohibit productions “financed by an advocacy group, lobby group or government agency.”  CJPME demonstrated to the CBC that Breslin himself had boasted that the film was the centrepiece of a CIJA PR initiative.

CJPME also complained that the film misrepresented a controversial performance in occupied Palestinian East Jerusalem, which Breslin had deliberately staged, against advice.  In the film, comedian Sam Easton’s opening statement: “We’re having such an incredible time here in Israel” was passed off as an innocent mistake, and the audience’s justified outrage was portrayed as “hatred” for Israel from the Palestinians and their supporters.  While disagreeing that the provocation was deliberate, the CBC Ombudsman confirmed that East Jerusalem is “internationally recognized as occupied territory.”