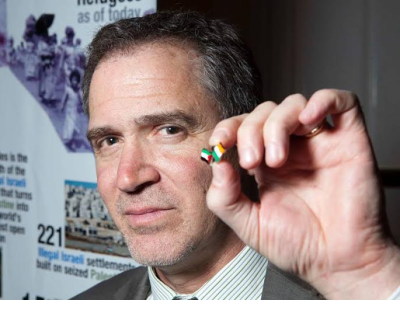 Montreal, September 9, 2013  — Canadians for Justice and Peace in the Middle East (CJPME) is delighted to announce a public lecture tour by prominent Israeli-American peace activist and author Miko Peled. Peled, son of a celebrated Israeli war hero, has documented his disenchantment with Israeli policies toward the Palestinians in his book, The General’s Son: Journey of an Israeli in Palestine.  Peled’s lecture — Beyond Zionism: Hope for Peace in Palestine/Israel— will focus on his arguments for the “one-state solution” to the Israeli-Palestinian conflict and his family’s growing opposition to Israeli policy from 1948 to 2013. The tour begins September 30 and ends October 8.

The lecture dates are as follows:

“We are pleased to offer Canadians the opportunity to hear an articulate proponent of a potential solution to the Israeli-Palestinian conflict—one that is seldom publicly discussed in Canada,” says CJPME president Thomas Woodley. CJPME believes that regardless of one’s own ideas on peace between Israelis and Palestinians, Peled’s family’s experiences and his arguments for the “one state solution” are important to consider.

Peled was born in Jerusalem in 1961 into a prominent family intimately involved in Israel’s history. His maternal grandfather co-signed the Israeli Declaration of Independence. His father emerged from the 1967 Arab-Israeli war an Israeli war hero, but later became a staunch advocate of dialogue with the PLO and complete withdrawal of Israeli forces from the territories conquered in 1967. Peled’s family members are no strangers to the violence of past decades between Israelis and Palestinians: Peled’s niece Smadar (14) was killed in a 1997 suicide bombing in Jerusalem. When not travelling for peace work, Peled lives and works in San Diego, California.