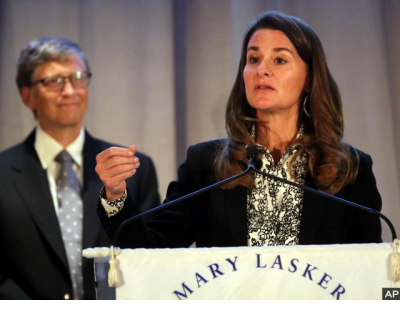 Montreal, June 12, 2014 — According to a June 5 Financial Times report, G4S—a British-Danish company that is the largest security firm in the world — has confirmed that it will be withdrawing from involvement in the Palestinian Territories within three years, as announced in 2013. The announcement came at a shareholders’ meeting disrupted by human rights protesters. The firm also indicated that it will eventually withdraw from all prison service contracts throughout Israel. However, it appears that that is not soon enough for the Bill & Melinda Gates Foundation. According to a Bloomberg News June 7 report, the Foundation has now divested entirely its holdings in G4S. The company and Foundation decisions were taken after intense criticism of G4S for its role enabling Israel’s occupation of the Palestinian territories and repression of Palestinians.

“We strongly urge Canadian investors—especially pension funds and banks— to examine their portfolios and divest from companies that enable or benefit from Israel’s occupation of the Palestinian territories,” says Thomas Woodley, President of Canadians for Justice and Peace in the Middle East (CJPME). He notes that most Canadians are unaware of where their savings are being invested, and many would likely be appalled to learn that their savings are being loaned to companies profiting from the dispossession and repression of Palestinians. CJPME notes that at least two Canadian firms—Green Park International Inc. and Green Mount International Inc.—are involved in building Israeli settlements in the occupied Palestinian territories (oPt), in violation of international law.

CJPME reminds MPs of all political stripes that they have an obligation to ensure that Canadian investments abroad are not enabling violations of human rights or international law, or benefiting from such violations. “CJPME urges Canadian MPs to hold an inquiry into the nature and impact of Canadian investments in Israel and the Palestinian territories, and, for that matter, elsewhere in the Middle East,” says Woodley. CJPME urges Parliament to invite Amnesty International, Human Rights Watch, and Israeli and Palestinian human rights groups to inform the MPs about the situation on the ground in the oPt.

The pressure placed on G4S and its investors was related to the broader international boycott, divestment and sanctions (BDS) campaign directed at Israel. Israel’s ongoing violation of Palestinian human rights led the launching of the international BDS campaign in 2005. The pressure applied to G4S, the Gates Foundation, and other institutions is expected to grow as international impatience with Israel’s violations of international law intensifies. CJPME laments that the Harper government seems to seek to deepen trade and security ties to Israel at a time when the rest of the world is questioning such relationships.

The whole or parts of this press release can be reproduced without permission.
Israel - Palestinian Prisoners BDS (Boycott Divestment Sanctions)
Do you like this post?
Tweet