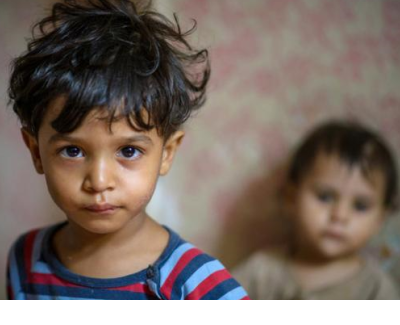 Montreal, June 20, 2014 - Following suggestions in Canadian media that Canada is reneging on its promise to resettle Syrian refugees, Canadians for Justice and Peace in the Middle East (CJPME) urges the government to step up. CJPME—a grassroots citizens’ group—strongly urges the government to open its doors to some of the 2.4 million Syrians displaced by the internal armed conflict, now in its third year. “The government must stop dithering.

It is grossly unfair that the government is keeping Canada’s doors barred, leaving countries far less stable and less affluent to cope with the Syrian refugee crisis,” says CJPME President Thomas Woodley. CJPME believes Canada should aim to resettle at least 5,000 Syrian refugees by the end of 2014, and commit to multi-year resettlement targets. Although the Harper government announced last year that Canada would take 1300 Syrian refugees, media reports indicate so far virtually none have been accepted and resettled.

The UN High Commission for Refugees (UNHCR) has issued an appeal asking governments around the world to resettle 100,000 refugees. CJPME believes Canada should fast-track Syrian refugee applications both overseas and in Canada, institute a policy of “no deportation” of Syrians in Canada and relax the criteria for “independent” and “family class” immigration applications. Canada should also allow Syrians currently in Canada to file refugee applications without having to leave Canada. CJPME also urges the government to allocate sufficient resources and personnel to deal expeditiously with the volume of applicants, and to allow refugee claimants to file their applications at any Canadian visa office, including that in Beirut. Canada has taken similar steps during previous refugee crises.

CJPME also calls on the government to provide equal treatment for Palestinian refugees normally resident in Syria who have been displaced by the Syrian war, noting their particular vulnerability.

The Syrian conflict is now in its third year, and shows no sign of nearing resolution. Canada, as a leading OECD country, must do its share not only to alleviate the refugee crisis but to work for an end to the Syrian civil war. CJPME urges the Canadian government to do its utmost to work with multilateral organizations to provide humanitarian relief to the refugees and to Syrians internally displaced by the conflict and to foster a non-military and inclusive resolution of the Syrian conflict.