CJPME: Canada must press Israel to end assault on Gaza 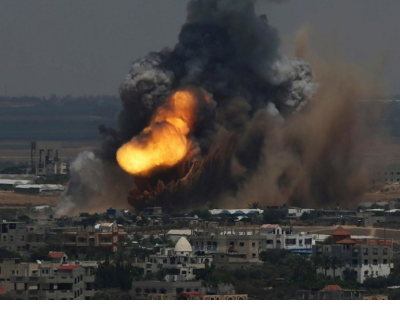 Montreal, July 8, 2014 - Canadians for Justice and Peace in the Middle East (CPME) calls on MPs of all stripes to press Israel to end its disproportionate assault on Gaza. “Rocket-fire from Gaza is seldom lethal, and thus no justification for repeated air strikes, let alone the ground invasion that Israel is reportedly preparing,” says CJPME President Thomas Woodley. CJPME reminds MPs that the number of Palestinian non-combatants killed by the Israeli military over the last 10 years far outstrips the number of Israeli civilians killed by Palestinians in the same period: 2041 versus 186. Thus, attempts by the Israeli government to portray itself as a victim with no choice but to raze Gaza, as it did in 2009, are patently groundless.

CJPME believes that only an end to Israel’s occupation of the Palestinian territories and to its ongoing illegal “settlement enterprise” will bring peace. CJPME reminds MPs that under international law, military occupations are supposed to be temporary, yet Israel’s military occupation of the Palestinian territories has dragged on for 47 years. It is clear that the longer the conflict drags on without a solution in sight, the more civilians will be killed on both sides. Last week, British MP Gerald Kaufman—grandson of a Holocaust victim—made the salient observation that “Israel is not only responsible for the incessant stream of Palestinians that it kills but shares responsibility for the deaths of every Israeli who is killed.”

CJPME reminds MPs that the lack of progress during recent peace talks was largely due to Israel’s repeated violations of international law—specifically its forced displacement of Palestinians and the transfer of 600,000 of its own civilian population into the occupied Palestinian territories. During the long rift between the two largest Palestinian political forces—the PLO and Hamas—the Israeli government alleged that it made little sense to negotiate with PLO leader Mahmoud Abbas because he supposedly could not speak for all Palestinians. Yet, as soon as the PLO healed the rift with Hamas, and was in a stronger position to speak for all Palestinians, Israel withdrew from the talks.

CJPME considers Israel’s collective punishment of Palestinians, including its disproportionate response to various recent developments, including the tragic killings of three Israeli “settler” teenagers, a clear attempt to split the new Palestinian unity government. According to media reports, the Israeli military conducted 50 air strikes on Gaza last night, and is preparing for a possible ground invasion. CJPME warns that these actions only escalate the conflict, with Palestinian civilians the most likely victims. CJPME urges Canadian MPs to take seriously their obligation to uphold international law and fundamental human rights.

The whole or parts of this press release can be reproduced without permission.
Canada - Israel Diplomacy Israel - War on Gaza 2014
Do you like this post?
Tweet