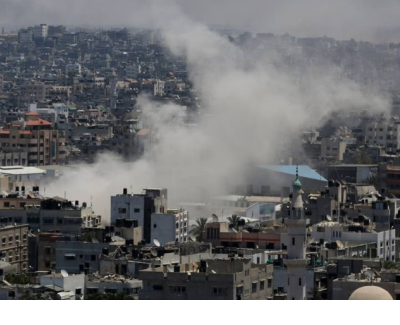 Montreal, July 14, 2014 - Canadians for Justice and Peace in the Middle East (CJPME) supports the UN call for a ceasefire, and shares its concerns about the high civilian casualties among Palestinians. According to international reports, 172 Palestinians have been killed by the Israeli military. The UN estimates that 77 percent of the victims were civilians. Meanwhile, no Israelis have been killed.

On July 11, UN High Commissioner for Human Rights Navi Pillay commented that attacks on civilian homes violate international law and called for both Hamas and Israel to respect international law. Despite the balanced nature of Pillay’s statement, Canada’s Foreign Minister John Baird attacked Pillay in a July 12 press release, and continued to portray Israel’s assault on Gaza as defensive and thus justified. Like many Canadians, CJPME is appalled by the Canadian government’s stance.

“Baird’s attack on Pillay for insisting on respect for international law is an abysmal indicator of the Harper government’s abandonment of both international law and elementary justice,” says CJPME President Thomas Woodley. CJPME believes that both Israel and Hamas must to be held to the same standards and that neither side’s offences justify violations of international law by the other. Moreover, CJPME also notes that the vast majority of rocket-fire from Gaza causes neither death nor injuries. Another principle of international humanitarian law is that neither party to a conflict is justified in using disproportionate force. Israel’s response in the conflict is clearly disproportionate given the ineffectualness of most rocket-fire from Gaza.

CJPME reminds MPs of all stripes that even prior to the commencement of this latest round of armed conflict, in the last decade the number of Palestinian non-combatants killed by the Israeli military had far outstripped the number of Israeli civilians killed by Palestinians. Thus, attempts by the Israeli and Canadian governments to portray Israel’s assaults on Gaza in 2008-09 and now as purely defensive are absurd.

CJPME calls on Canadians and MPs of all political stripes to protest Israel’s assault on Gaza, and to push for a ceasefire and resumption of peace talks. CJPME believes that only an end to Israel’s occupation of the Palestinian territories and its illegal “settlement enterprise” will bring the peace that many Israelis and almost all Palestinians want.