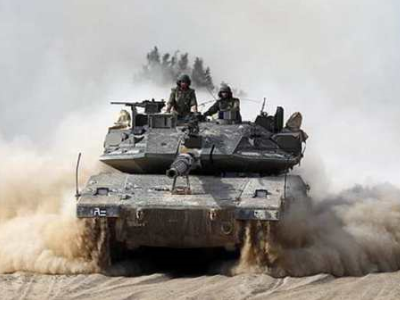 Montreal, July 18, 2014 — Canadians for Justice and Peace in the Middle East (CJPME) strongly condemns the land invasion of Gaza by Israel troops, initiated yesterday, and urges both Hamas and Israel to accept a ceasefire. CJPME notes that the bogus “ceasefire” earlier this week was announced by Egypt and Israel without consultation with Hamas. As such, it was invalid and non-binding. Not surprisingly, hostilities resumed within hours.

CJPME notes that Hamas has offered to sign a 10-year truce with Israel if certain conditions are met. Various Israeli commentators have noted that Hamas generally respects the ceasefires it signs with Israel much more diligently than Israel does. Some of the key conditions include:

CJPME notes that in any case, Israel’s sweeping blockade of Gaza, given that it constitutes collective punishment of the civilian population, violates international law. Similarly, Israel’s repeated shootings of Palestinian farmers and other civilians, including children, working or playing on their land near the border, violates international law. CJPME notes that although the Oslo Accords stipulated that Palestinian fishermen could fish up to 37 kilometres offshore, Israel has in recent years restricted them to under 6 kilometres, where the fish are extremely scarce, small and contaminated by the sewage spewing into the sea from Gaza’s war-damaged sewage system. The land and naval blockade has made it all but impossible for Palestinian civilians in Gaza to earn a living and has severely restricted their diet.

CJPME believes that it is not unreasonable to insist that Israel lift the blockade. CJPME also believes that establishment of a UN-supervised seaport and airport in Gaza, and placing the Rafah crossing under UN supervision, will facilitate the normalization of civilians’ lives in Gaza while at the same time addressing Israeli civilians’ security concerns. In view of Israel’s repeated assaults on Gaza, and the high civilian death tolls, CJPME is not surprised that Hamas considers that placement of international forces on the borders may be the only way to avert further acts of aggression. CJPME believes that Israel’s refusal to agree to the above conditions would signal that it intends to persist in violating international law.