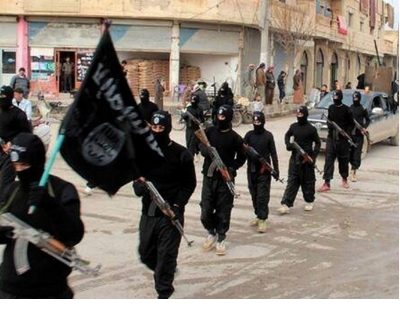 Montreal, August 25, 2014 — Canadians for Justice and Peace in the Middle East (CJPME) condemns human rights atrocities being committed by ISIS (“Islamic State of Iraq and Sham”), an armed extremist group, in northern Iraq. According to UN High Commissioner for Human Rights Navi Pillay, and other human rights groups, ISIS has been ruthlessly carrying out widespread ethnic and religious cleansing in the areas under its control. Its violations include targeted killings, forced conversions, abductions, trafficking, slavery, sexual abuse, destruction of religious and cultural sites, and the besieging of entire communities because of ethnic, religious or sectarian affiliation. Among those directly targeted are Christians, Yezidis, Shabaks, Turkomen, Kaka’e and Sabaeans.

Pillay indicates that hundreds of mostly Yesidi individuals were reported killed and up to 2,500 kidnapped at the beginning of August in the Ninevah Governate. The men who refused to convert to Sunni Islam were executed and the women and children were handed over to ISIS fighters as slaves. Similarly, in Southern Sinjar, hundreds of Yesidis were killed and hundreds more abducted August 15. Amnesty International (AI) reports similar findings. AI’s Donatella Rovera states, “ISIS has given minority communities an unambiguous message – convert, leave or die. This is ethnic cleansing.”

“All parties to any of the conflicts in the region must respect international law and fundamental human rights accords. Killing civilians because of their religion or ethnicity is an extremely grave violation of human rights,” says CJPME President Thomas Woodley. CJPME notes that ISIS emerged in the environment created by the US invasion of Iraq and Prime Minister Nouri Al Maliki’s mismanagement of the political situation. ISIS is not alone in violating Iraqis’ human rights. According to Human Rights Watch, government--backed militias have been kidnapping and killing Sunni civilians throughout Iraq’s Baghdad, Diyala, and Hilla provinces since March. Nonetheless, the numbers affected by ISIS actions far exceed the numbers affected by the actions of government-backed troops. Al Maliki announced August 14 that he is stepping down.

CJPME supports the August 23 call by UN envoy for Iraq Nickolay Mladenov for the international community to take immediate action to prevent a possible massacre in the northern Iraqi town of Amerli, besieged by ISIS militants for two months. Mladenov also noted that the siege was leaving the town’s residents stranded without food or access to water supplies. CJPME recommends a UN peacekeeping presence to protect endangered communities and to facilitate the safe evacuation of civilians under direct threat by ISIS militias.