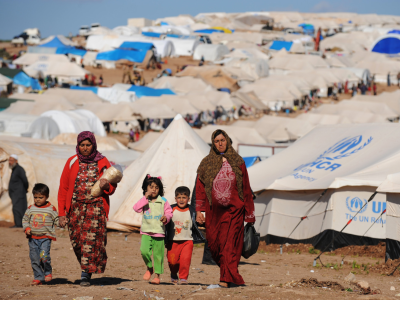 Montreal, December 15, 2014  — News sources revealed late last week that Canada was considering a resettlement program for Syrian refugees which would discriminate based on religion.  When questioned in the House of Commons on Friday, Parliamentary Secretary Costas Menegakis stated, “We will prioritize persecuted ethnic and religious minorities, those at demonstrated risk, and we will not apologize for that.”  Ultimately, since the majority of Syrians are Muslim, the consequence of this policy would be to disfavour Syrian Muslims.

“The cardinal principal when it comes to refugee protection is that those who are in the greatest need, those who are the most vulnerable, are the ones who should be protected,” Amnesty International Canada secretary-general Alex Neve.  CJPME President Thomas Woodley added, “This is an appallingly racist approach to a refugee population which has suffered too much already. This only further tarnishes Canada’s lacklustre response to the greatest humanitarian crisis of our time.”

An approach like that described by Menegakis would run counter to the UN High Commission for Refugees’ (UNHCR) policy on refugees.  The UNHCR refugee resettlement policy asserts that “to preserve the integrity of resettlement as a protection tool and durable solution for refugees most in need, it is important to ensure resettlement programmes are needs-based, non-discriminatory and achieve successful integration outcomes.”  Such an approach would also run counter to accepted international norms of humanitarian aid, under the accepted precepts of “humanity,” “neutrality,” and “impartiality.”  Specifically, the norm of impartiality prescribes that humanitarian intervention must not be allocated with a preference for any nationality, race, religion, or political point of view.

Thus far in Syria’s civil war, more than 200,000 people have died, half of Syria’s population of 22 million people is displaced, and over three million Syrians are refugees in other countries. Compared to past refugee crises, Canada’s response to Syrian refugees – 200 settled after almost four years of civil war – has been meagre and sluggish.  In the past, Canada had resettled literally tens of thousands from other refugee crises – Czechoslovakia, Chile, Southeast Asia, etc.