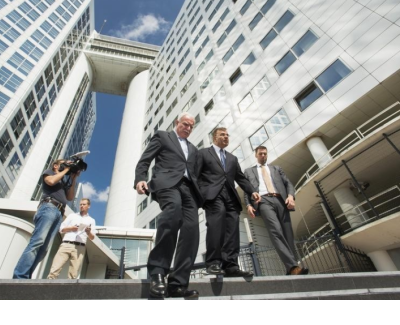 Montreal, January 14, 2015 – Canadians for Justice and Peace in the Middle East (CJPME) welcomes Palestine’s newfound membership at the International Criminal Court (ICC). On January 7, 2015, following its official accession to the Rome Statute, the State of Palestine became the ICC’s 123rd member, effective April 1 of this year. CJPME believes that, as a member of the ICC, Palestine will be able to ensure better protection of the human rights of its people.

The move is opposed by some nations, as many expect the Palestinian Authority (PA) to use its newfound membership to pursue Israel for alleged war crimes in Gaza this past summer. Others have also speculated that the PA’s decision to join the ICC may be part of a broader strategy to pressure Israel into withdrawing from the occupied territories.

Though Palestine’s ICC membership has been highly criticized by both Israel and the United States, many have noted that this may present a distinct opportunity for accountability across the board between Israel and Palestine. As an independent forum for international justice, the ICC is uniquely positioned to hold both Israel and the PA accountable for past and present transgressions of international law. As Robert Fisk points out in an article for the Independent, “[…] the Palestinians would indeed have to abide by international law and – if the law applied retrospectively – they would have to carry the burden of opprobrium themselves for both Hamas crimes and past [Palestine Liberation Organization] murders.”

CJPME has long spoken against Israel’s continued colonization of the Palestinian Territories and associated human rights abuses. Similarly, CJPME has condemned the use of violence on the part of both Israeli armed forces and various Palestinian groups. “Palestine’s membership at the ICC allows all parties involved in the Israeli-Palestinian conflict to be held to equal expectations. Any actor who violates international law should have to answer to the international community and the ICC is an ideal place for that to happen,” said CJPME President Thomas Woodley.

How Palestine will approach its newfound status at the ICC remains to be seen. Although its membership only takes effect on April 1, 2015, Palestine has accepted ICC jurisdiction dating back to June 13, 2014, a period that includes this summer’s conflict in the Gaza Strip. Israel, for its part, is not a member of the ICC. Nonetheless, this move by the Palestinians will undoubtedly put Israeli actions in the Territories under much greater scrutiny.