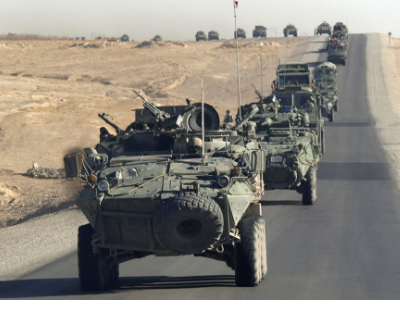 Montreal, January 28, 2015  — The Canadian government has come under fire this week after critics raised questions about its recently finalized arms deal with Saudi Arabia. The $15-billion export deal is without question the largest ever brokered by a Canadian Crown corporation, although many have begun to wonder whether the agreement complies with federal export controls. Under Canadian trade policy, export partners with a “persistent record of serious violations of the human rights of their citizens” must be able to guarantee that the military equipment it is purchasing will not be used against its own people. As of this week, the Canadian government is refusing to confirm that it has obtained these assurances from the Saudi state.

As a result, Canadians for Justice and Peace in the Middle East (CJPME) is calling on the Canadian government to rethink its relationship with the authoritarian state, particularly with regard to arms exports. As the trade relationship between Canada and Saudi Arabia continues to grow, some have questioned whether Canada is allowing a highly lucrative industry to temper its commitment to peace and security in the region. As Peggy Mason, President of the Rideau Institute on International Affairs, stated in a recent opinion piece, “[the expanding trade relationship] will give Canada a direct financial stake in Middle Eastconflict rather than its resolution.” (Italics added.)

In keeping with its commitment to non-violence and respect for international law, CJPME condemns the seemingly unexamined commercial relationship between Canada and Saudi Arabia. Portions of the weaponry included in the recent agreement, such as light-armoured vehicles, have the potential to be used to suppress peaceful protests. According to CJPME President Thomas Woodley, “The Canadian government needs to critically assess the potential impact of its foreign policy for individuals around the world. By allying itself with a consistent human rights abuser and consenting to sell them weapons, the Harper government is sending a very disturbing message about its priorities when it comes to human rights.”

At present, the Canadian government has yet to comment on whether Saudi Arabia has provided the assurances necessary to comply with Canadian federal export controls. The recent arms deal, secured by the Harper government late last year is only one example of Canada’s cozy relationship with the controversial authoritarian state. Saudi Arabia is often described as a crucial regional ally for both Canada and the United States, despite its lamentable record of human rights abuses. Indeed, Saudi Arabia made infamous headlines this month when it sentenced liberal Saudi blogger Raif Badawi to a public flogging and 10 years in prison for criticizing the Saudi government.