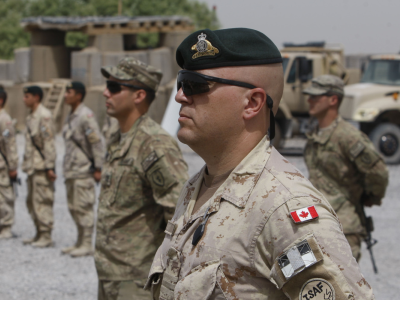 Montreal, February 3, 2015 — Canadians for Justice and Peace in the Middle East (CJPME) questions the appropriateness of a recently announced police training agreement between Canada and Egypt.  Under the agreement, Canadian police would travel to Egypt to train Egyptian officers, and a number of Egyptian police officers would come to train at the Canadian Police College in Ottawa. CJPME opposes this agreement given that the current Egyptian government is widely condemned for civil liberties and human rights abuses against its people.  Most of the abuses cited have been carried out by Egypt’s Interior Ministry, the very ministry whose staff would receive training from Canadian police experts.

Human Rights Watch has strongly condemned the El-Sisi government, describing it as orchestrating the most dramatic reversal of human rights in Egypt’s modern history. Concurrently, Amnesty International speaks of a “catastrophic decline” in human rights in Egypt under the El-Sisi government, marked by rampant torture, arbitrary arrests and detentions.  Canadian-Egyptian journalist Mohamed Fahmy is currently serving a prison sentence of 10 years following a questionable trial in which he was found guilty of “falsifying news to destabilize Egypt” while working for Aljazeera English.  And in 2013, Canadians Dr. Tarek Loubani and John Greyson were arbitrarily detained and held for 50 days in Cairo.

CJPME calls for the cancelling or revision of the police training plan on the grounds that the Canadian training could eventually contribute to the further suppression of Egyptians by security forces. CPJME President Thomas Woodley asserted that “Even if Canada feels that such a deal could positively influence respect for civil liberties in Egypt, Canada should link such cooperation to demonstrated civil liberties improvements in Egypt.”

The police training deal was an outcome of Foreign Minister John Baird’s recent diplomatic exchanges with Egypt.  A spokesperson says that Baird seeks to “advance Canadian foreign policy interests and support social and economic development [in Egypt…]” Nevertheless, many were hoping that Baird would put more pressure on Egypt to respond to heavy international criticism of its human rights record.  “At a time when Canada should be holding the El-Sisi government to account for its human rights abuses, the current government’s decision to deepen economic and security cooperation is highly disappointing,” concluded Woodley.