CJPME: Canada must call for ceasefire in Yemen 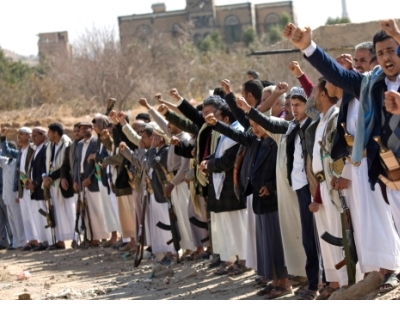 Montreal, April 21, 2015  — Canadians for Justice and Peace in the Middle East (CJPME) calls on the Canadian government to push diplomatically for a ceasefire in Yemen.  Not only is the civil war in the country causing widespread death and destruction, but the Saudi Arabia-led airstrikes are adding to the mayhem and obstructing humanitarian efforts.  “While it may be difficult to intervene neutrally in a civil war, Canada should certainly do everything it can to stop the Saudi-led airstrikes.  These airstrikes are carried out in clear violation of international law,” asserts Thomas Woodley, President of CJPME.

Some experts talk about Yemen as being part of a “cold war” between Saudi Arabia and Iran, and this is certainly part of the picture as both countries have relationships with players in the civil war.  Prior to this, however, domestic tensions between the governments of Saleh and Hadi, and opposition Houthi and related groups have existed for years.  To worsen things, since March, a coalition led by Saudi Arabia, and including several Gulf states, along with Egypt, Jordan and Morocco, has been bombing opposition areas.  This “Coalition” has no mandate from the UN, and thus operates in violation of international law and the UN Charter’s ban on the use of armed force.

According to CJPME, the role of the international community should be clear.  Push for an immediate end to the Coalition airstrikes and any other foreign intervention, mobilize UN negotiators to intervene in the domestic dispute, and provide humanitarian aid to the civilian population.  Canada and other arms dealers should also apply an arms embargo on countries participating in the hostilities.

CJPME believes that Canadian and other Western powers and arms suppliers should think long and hard about their arms sales policies.   Providing arms to unscrupulous governments around the world  – as Canada does with Saudi Arabia – is immoral and inhumane. “The warring parties in Yemen had a unity government just months ago,” mentions Woodley.  “With sufficient international diplomatic will, Yemen could be brought back from the brink, and the world would be spared another humanitarian disaster.”