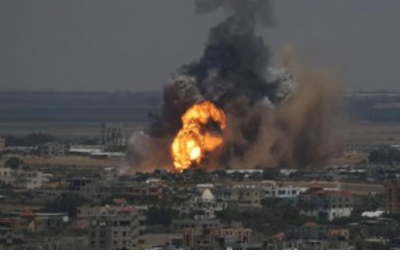 Israel’s offensive last year — code-named “Operation Protective Edge” — lasted for over seven weeks, and left 2,251 Palestinians killed, including 1,462 civilians, 551 of whom were children. More than 11,200 Palestinians were injured, including more than 3,400 children. On the Israeli side, 66 soldiers, 5 civilians (including one child), and one Thai national were killed. More than 19,000 homes were destroyed or damaged beyond repair. Seventeen hospitals, 56 primary health facilities, and 45 ambulances were either damaged or completely destroyed during the conflict, as well as dozens of schools, mosques, factories and other key facilities. After 51 days of fighting, almost 500,000 Gazans were displaced and 100,000 left homeless, most of whom are still without a permanent home.

Over a dozen reports published over the past year by human rights organizations have found that war crimes, and possibly crimes against humanity, were committed during “Operation Protective Edge.” Israel’s illegal use of weapons, disproportionate force and targeting of civilians and civilian infrastructure are the primary actions mentioned in these reports, although more violations are documented. While Palestinian armed groups, in particular Hamas, have reportedly committed war crimes and other serious breaches of international law, Israel’s disproportionate response and excessive use of force against a defenseless population highlight the ‘asymmetrical’ nature of this conflict. Human rights groups have also condemned the continued blockade and siege of Gaza, arguing that Israel’s actions amount to “collective punishment,” considered a war crime under international law

CJPME is disappointed that one year after the latest war on Gaza, justice continues to elude Palestinians. “It is imperative to put an end to this unethical and mean-spirited blockade that only seeks to starve a population already in desperate need of humanitarian assistance,” asserted Thomas Woodley, President of CJPME. “We are talking about 1.8 million people trapped inside a strip of land smaller than Montreal, and with nowhere to go.” Woodley expressed bewilderment at the Canadian government’s lack of empathy towards Gazans in light of the above-mentioned reports. “Our government remains silent as Israel collectively punishes millions of people through attacks and economic and humanitarian strangulation,” explained Woodley.

The whole or parts of this press release can be reproduced without permission.
– 30 –
Gaza Conflict - Operation Protective Edge (2014) Canada - Palestine Relations Canada - Gaza Relations
Do you like this post?
Tweet