CJPME: Canada must protest shooting of citizen by Israeli Army 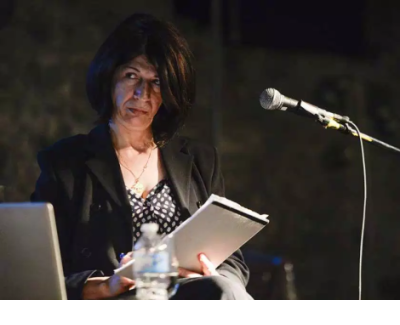 Montreal, Dec. 17, 2015 – Canadians for Justice and Peace in the Middle East (CJPME) joins with other Canadians to protest the wanton shooting of Canadian Rehab Nazzal by an Israeli Army soldier in Bethlehem last Friday.  Nazzal, currently a Ph.D. student at the University of Western Ontario was shot while doing research in Bethlehem to investigate the impact of robotic and unconventional Israeli surveillance and crowd control techniques on Palestinian civilians.  Shot in the leg, Nazzal is expected to recover fully.

Entirely alone at the time – not near any clashes or stone throwers – Nazzal was shot in the leg while photographing.  She was apparently shot by an Israeli Army sniper who was seen crouched on the ground nearby near the gate of a hotel, and captured in a photo she took.  Live fire against unarmed civilians violates international law.  In the past, Israeli Army spokespeople have also asserted that use of a .22 calibre bullet – the type used against Nazzal – would violate official Israeli Army crowd dispersal guidelines.

“While use of such weapons is illegal against any unarmed civilian, our government should take particular exception when such weapons are used by an Israeli government agent against a Canadian,” asserted Thomas Woodley, president of CJPME.  CJPME repeatedly calls attention to Israel’s use of lethal and disproportionate force against Palestinians.  CJPME calls on the Trudeau government to formally demand an apology from the Israeli government, and insist that Israel cease using lethal force against civilians, Palestinian or international.

The president of Dar Al-Kalima university, where Nazzal had been lecturing since September has written a letter of protest.  CJPME and other Canadians are also calling on the president of the University of Western Ontario to also issue a statement of concern and protest.  CJPME views the shooting of Nazzal as part of a broader problem with the Israeli Army, which often acts recklessly and with disregard for human life when dealing with Palestinian and other civilian protesters.