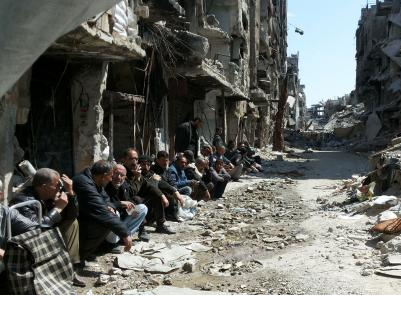 Montreal, Jan. 20, 2015 – Canadians for Justice and Peace in the Middle East (CJPME) calls on the Liberal government to restore funding for the UN Relief and Works Agency (UNRWA) – the international agency that supports Palestinian refugees.  With their more balanced approach to the Palestine-Israeli conflict, previous Liberal governments consistently ensured that Canada was regularly one of the top 10 donor countries to UNRWA.  Under the Harper government, however, UNRWA funding slipped and then was cut entirely after 2012.  CJPME believes that one of the first steps in restoring Canada’s international credibility will be the resumption of its support for UNRWA.

“Liberal governments of the past ensured that Canada did its fair share to support Palestinian refugees,” asserts Thomas Woodley, President of CJPME.  “With the Trudeau government’s promise of ‘real change now,’ Canadians expect a comparable commitment to the humanitarian needs of Palestinian refugees.”  CJPME points out that, as recently as 2008, Canada gave almost $30M to UNRWA.  Over the past several years, the Harper government’s support slowly dwindled.  First, the Harper government limited its funding to only UNRWA’s “Emergency” relief programs, and by 2013, the Harper government had cut all support.  Canada’s lack of balance on the Israel-Palestine conflict was a key issue in Canada’s loss of international respect under Harper.

UNRWA was established in 1950 to provide support for the 750,000 Palestinian refugees who lost their homes and livelihoods with the establishment of the state of Israel.  These refugees and their descendants now number about 5 million.  These refugees’ remain stateless, as Israel refuses to accept them back, host countries refuse to naturalize them, and other countries’ refuse to accept them.  UNRWA is known for the welfare and development services it provides to Palestinian refugees, most notably for its schools.  As one of the countries which voted in support of the creation of Israel in 1947, Canada has a special responsibility to support the Palestinian refugees until they are suitably settled.

CJPME and many others have argued compellingly that UNRWA plays a role to support Palestinian refugees that no other national or international agency could take on.  CJPME points out that, while UNRWA is not without its flaws, it does a highly effective job of providing services at a very low cost.  In Gaza, for example, 20% of UNRWA employees provide health care, and over 50% are teachers.  Israel has never called for the dismantling of UNRWA because it too realizes the destabilizing impact that such a move might have.  The Liberal government has been asking Canadians for input on its 2016 budget, and CJPME calls Canada to restore UNRWA funding.