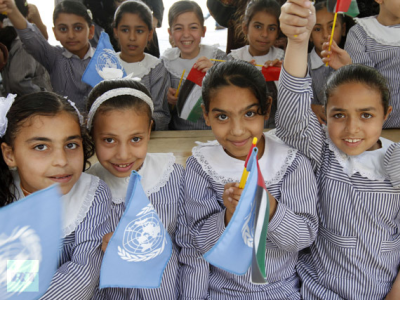 Montreal, May 12, 2016  — Today, a diverse cross-section of dozens of Canadian groups enjoined the Canadian government to reinstate funding for the UN aid agency for Palestinian refugees (UNRWA.)  In a letter addressed to the Minister of International Development, Marie-Claude Bibeau, the organizations asked the Canadian government to contribute at least $35 million annually to UNRWA’s core programmes, and to be ready to respond to future UNRWA emergency appeals in times of crisis.  The groups signing the letter represent Canadians of all backgrounds – including unions and other broad-based community groups – and reflect the broad Canadian support for UNRWA funding.

The letter emphasized Canada’s historic responsibility to Palestinian refugees.  The letter points out that Canada voted in favour of the UN resolution that partitioned Palestine in 1947.  Subsequent events led to at least 700,000 Palestinians losing their homes and becoming refugees in Gaza, the West Bank, Jordan, Lebanon, Syria and other countries. “Given the historical and ethical context, Canada has a responsibility to help Palestinian refugees until their status is resolved,” assert the organizations.

For decades, Canada was a consistent supporter of the humanitarian needs of Palestinian refugees via UNRWA.  Until 2009, Canada had been one of the top 20 contributors to UNRWA’s core programs, giving about $30 million per year.  Canada’s support enabled greater stability and development within the Palestinian refugee population through UNRWA’s programs in education, health care, microfinance and other areas.  The Harper government, however, reduced and then ended all funding of UNRWA by 2013.

The letter pointed out that in his mandate letter for International Development, the Prime Minister had urged Bibeau to focus Canada’s development assistance on helping the poorest and most vulnerable.  The organizations stressed how Palestinian refugees are consistently identified as among the most vulnerable populations in the world, and are frequently caught in the crossfire of Middle East conflict.

Bibeau is expected to make a decision on renewed funding to UNRWA in the coming days.  The full letter with the complete list of signatories is accessible online.