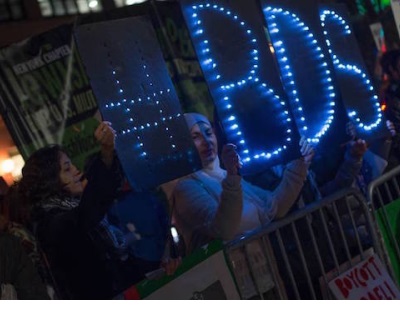 Montreal, February 14, 2017  — Canadians for Justice and Peace in the Middle East (CJPME) congratulates Green Party (GPC) leaders and members for the overwhelming ratification of a party resolution which calls for economic pressure and potentially sanctions on Israel for its failure to respect the human rights of Palestinians.  The resolution was ratified with over 90 percent support.  Although the resolution was passed at a GPC party convention in early December, a newly instituted on-line ratification process gave all party members the opportunity to vote on the resolution.

Dimitri Lascaris, one of the architects of the resolution, announced, “The Green Party of Canada is the first and only party in Canada’s Parliament to call for peaceful sanctions on Israel for its decades-long abuses of Palestinian rights. The Green Party has raised the human rights bar for parties across the political spectrum.”  Thomas Woodley, President of CJPME added, “This is an important step forward for the international BDS movement.  More and more Canadians are becoming aware of Israel’s human rights abuses, and the ways in which they can non-violently oppose Israel’s ongoing violations of international law.”

Although sometimes referred to as a “BDS” resolution, the resolution actually avoids using the specific phrases, “Boycott, divestment, sanctions” or “BDS.”  Nevertheless, the resolution mirrors the concerns and objectives of the BDS movement, specifically mentioning, “government sanctions, consumer boycotts, [and] institutional divestment.”  “There is no doubt that this is a significant development for the Canadian human rights movement,” declared Woodley.  “We look forward to seeing similar actions taken in some of Canada’s other federal parties.”