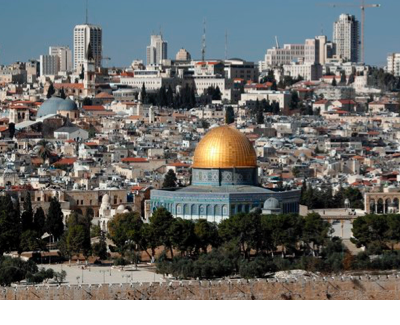 Montreal, December 6, 2017 — Canadians for Justice and Peace in the Middle East (CJPME) opposes the US Trump government’s decision to recognize Jerusalem as Israel’s capital, and begin the process of relocating its embassy to Jerusalem. Like many Canadians, CJPME strongly believes that the world’s governments should not recognize Jerusalem as Israel’s capital until Israel has reached a just peace settlement with the Palestinians.

“The status of Jerusalem is one of the most sensitive issues in the Israel-Palestine conflict, and Israel is in violation of international law on several counts vis-à-vis Jerusalem,” stated CJPME President Thomas Woodley. “Trump’s announcement is needlessly provocative and inflammatory,” Woodley added. CJPME points out that Trump’s decision breaks with decades of US policy on Israel, and will prevent the Trump administration from presenting itself as a neutral arbiter in any future negotiations. As a sign of world opinion on the matter, the UN General Assembly last week voted overwhelmingly that “any actions taken by Israel, the occupying Power, to impose its laws, jurisdiction and administration on the Holy City of Jerusalem are illegal and therefore null and void and have no validity whatsoever.”

Jerusalem is a hot spot between Israelis and Palestinians. Both peoples see Jerusalem as their capital. The issue is so contentious that a number of countries and organizations have threatened to break ties with the Israeli and American governments should the US proceed to move its embassy.