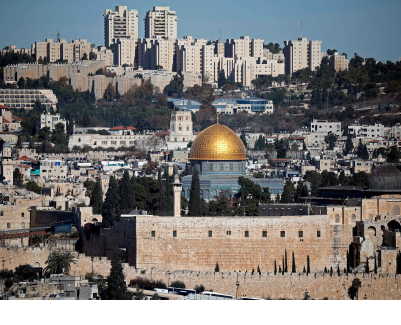 — Canadians for Justice and Peace in the Middle East (CJPME) condemns the Trudeau government’s decision to abstain in today’s UN General Assembly (UNGA) Resolution A/ES-10/L.22.  The resolution demanded that “all States comply with Security Council resolutions regarding the Holy City of Jerusalem, and not recognize any actions or measures contrary to those resolutions.”  Like most Canadians, CJPME considers this UNGA demand to be reasonable and in line with Canada’s supposed wish to support international law and a negotiated two-state solution between Israel and the Palestinians.

“Today’s vote seems to demonstrate that there is little ‘principle’ in the Trudeau government’s decision-making on Israel-Palestine,” announced Thomas Woodley, President of CJPME.  “The abstention in this vote makes clear that Canada’s policies vis-à-vis Israel are driven entire by political expediency,” continued Woodley.  A Foreign Affairs spokesperson suggested that the resolution was “one-sided and [did] not advance prospects for peace to which we aspire, which is why [Canada has] abstained on today's vote."  Yet CJPME points out that the resolution was actually an initiative to instill respect for the peace process and past diplomatic precedent.

Today’s UNGA resolution affirmed that “any decisions and actions which purport to have altered the character, status or demographic composition of the Holy City of Jerusalem have no legal effect, are null and void and must be rescinded in compliance with relevant resolutions of the Security Council.”  CJPME again points out that long-standing Canadian policy has been to defer final status decisions on Jerusalem to a negotiations process.  That Canada would be mum on this most recent turn of events is upsetting, and contradicts many of the Trudeau and Harper government platitudes in support of negotiations between Israel and the Palestinians.

In a disturbing development for international independence, US President Trump also threatened aid repercussions against countries which supported the resolution: a de facto condemnation of the US recognition of Jerusalem.  And indeed, it is clear that many countries abstained or didn’t vote out of fear of repercussions from the US.  Yet CJPME applauds the many Canadian allies in Europe who voted in support of the resolution, including the UK, France, Italy and Germany.  Russia and China also supported the resolution.