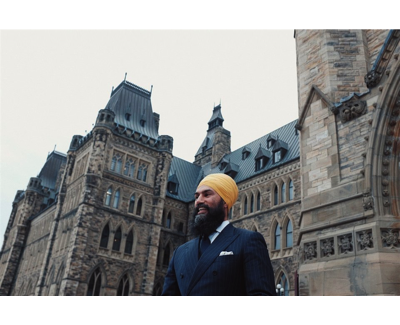 February 15, 2018 — Canadians for Justice and Peace in the Middle East (CJPME) is pleased to see many human rights-focused resolutions on Palestine slated for the NDP Convention this weekend in Ottawa.  CJPME is an official endorser of one prominent resolution – described as the “Palestine Resolution” – which calls on the NDP to pursue peace in Israel-Palestine by:

CJPME applauds this and other resolutions for their strong emphasis on human rights, and their urgency in bringing an end to the Israel-Palestine conflict. CJPME President Thomas Woodley added, “With the status quo, it is crucial that Canadian political parties demand change, and take concrete action to address the humanitarian and human rights crises on the ground in Israel-Palestine.

CJPME supports the Palestine Resolution’s call to ban settlement products and apply the use of non-violent economic pressure against Israel. CJPME points out that this position is in line with UN Security Council resolution 2334 (December 2016), which called Israeli settlements a “flagrant violation” of international law, and encouraged UN member states to distinguish between the state of Israel and the occupied Palestinian territories (OPT) in their economic dealings. Both the Danish and Irish governments have already begun to debate the possibility of banning Israeli settlement products produced in the OPT. CJPME calls on the NDP to follow Denmark and Ireland’s lead in taking a principled position on the issue of illegal settlement goods.

For years, CJPME has consistently condemned all human rights violations in the Israel-Palestine conflict, and has encouraged Canadians to support non-violent pressure on Israel. If passed, the resolution would make the NDP the largest federal party in Canada to endorse the use of non-violent economic pressure against Israel. CJPME, along with dozens of other organizations, electoral district associations, activists, and community leaders have already endorsed the Palestine Resolution. More information about the Palestine Resolution and its grassroots support can be found at http://PalestineResolution.com