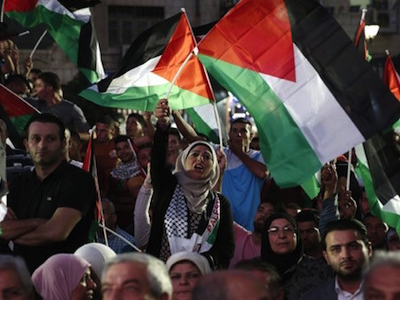 CJPME President Thomas Woodley remarked, “Today marks the 70th anniversary of the Nakba, one of modern history’s most tragic injustices. While every year, Canadian governments mark the establishment of the state of Israel, no Canadian government has ever issued a statement which acknowledging the loss and dispossession suffered by the Palestinians during the Nakba.”

Seventy years after the Nakba, about 5 million registered Palestinian refugees remain scattered across the Middle East. While international law guarantees the right of civilian populations to return to their homes following the end of armed conflict (4th Geneva Convention, art. 45, 46, 49), Israel has refused to grant Palestinians this right.  Those Palestinians who managed to hold onto their homes during the Nakba now face a brutal Israeli military occupation, or second-class citizenship within Israel proper.

Over the past several weeks, Palestinians in Gaza have maintained a massive demonstration memorializing the losses suffering by the Palestinians during the Nakba while calling for their right to return to their homeland. Thousands of peaceful Palestinian protestors have been injured during these demonstrations, and dozens killed – at least 55 on May 14th alone. CJPME encourages all Canadians to take the time to understand the legitimate grievances of the Palestinian people and participate in local Nakba commemoration events.