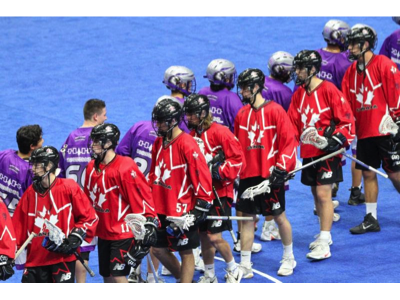 Montreal, July 6, 2018 — Canadians for Justice and Peace in the Middle East (CJPME) echoes the call of human rights defenders urging the Iroquois National lacrosse team to boycott the upcoming World Lacrosse Championships held in Israel from July 12th to 21st. In addition, CJPME calls on the Canadian national team to boycott the championship in Israel – a state whose human rights abuses are repeatedly condemned by the United Nations, as well as international human rights organizations like Amnesty International.

Yesterday, the Palestine Campaign for the Academic and Cultural Boycott of Israel (PACBI) published an open letter to the Iroquois Nationals, urging them to withdraw from the championship, which is set to take place on the ruins of ethnically-cleansed Palestinian villages. CJPME supports this principled call, urging Canadians to stand in solidarity with Palestinians and other indigenous peoples everywhere who face ongoing oppression. CJPME points out that this year marks the 70th anniversary since Israeli militias first dispossessed hundreds of thousands of Palestinians from their homeland and livelihoods. Palestinians continue to face human rights abuses today under Israel’s decades-long military occupation and colonization of the Palestinian territories.

In its open letter, PACBI writes that Israel “regularly and quite deliberately uses major sporting events to divert the world’s attention from its entrenched oppression of Palestinians.” CJPME President Thomas Woodley responded by saying, “Whether it’s pouring millions into gay-branding or tree planting projects, the Israeli government consistently seeks new ways to promote itself and distract from its ongoing human rights abuses.”

In 2005, Palestinian civil society launched the Boycott, Divestment and Sanctions (BDS) movement, calling on the international community to pressure Israel until it respects international law. Last month, world-famous Argentinian soccer star Lionel Messi – who has previously spoken out against Israeli violence in Gaza – cancelled a soccer match in Jerusalem with Israel. As such, if they heed the PACBI call, the Canadian and Iroquois National teams would not be the first sports team to boycott Israel for its poor human rights record. CJPME urges individuals, institutions and governments to reconsider academic, cultural, sports, military and economic ties with Israel until it ends its human rights abuses against Palestinians.