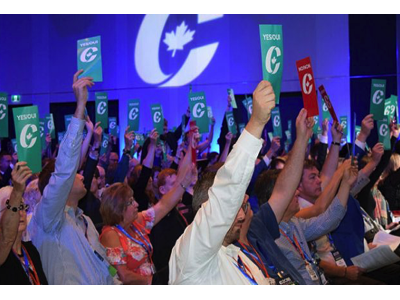 Montreal, August 28, 2018 — Canadians for Justice and Peace in the Middle East (CJPME) opposes the recent Conservative Party of Canada (CPC) resolution which ignores legitimate Palestinian claims to Jerusalem as a capital. Over the weekend, Conservative Party members gathered in Halifax for a national policy convention, where a majority of Conservative members voted in favour of a resolution that recognizes Jerusalem as the capital of Israel and calls for Canada to move its embassy from Tel Aviv to Jerusalem.

In February 2018, Conservative Party Leader Andrew Scheer promised to recognize Jerusalem as the capital of Israel if elected in 2019. CJPME is disappointed to see Conservative Party members echo Scheer’s highly partisan position. CJPME points out that the CPC resolution not only fails to make a distinction between the Israeli West Jerusalem and Palestinian East Jerusalem, but it also confers a false legitimacy on Israel’s illegal activities in East Jerusalem. CJPME President Thomas Woodley responded, “Through this resolution, the Conservative Party demonstrates that it could never act as a neutral arbiter on the Israel-Palestine question, as it shows no respect for the international legal consensus on the conflict.”

CJPME notes that the new Tory policy also breaks with official Canadian policy on Israel-Palestine, which has never recognized Israel’s illegal annexation of East Jerusalem. In fact, Canada has agreed with past US administrations that defer decisions on Jerusalem to negotiations, and argue against any unilateral steps which bias the outcome of negotiations. The new Tory policy shows that the Conservative Party is out of step with Canada’s European allies, including the UK, France, and Germany, all of whom voted to condemn Trump’s Jerusalem embassy move last year.

Like Canada’s European allies, CJPME strongly believes that nations should refrain from recognizing West Jerusalem as Israel’s capital until Israel has reached a just peace agreement with the Palestinians.   Recognizing Jerusalem as Israel’s capital without demanding concessions from Israel will only serve to prolong civil strife and delay a just resolution to the conflict.