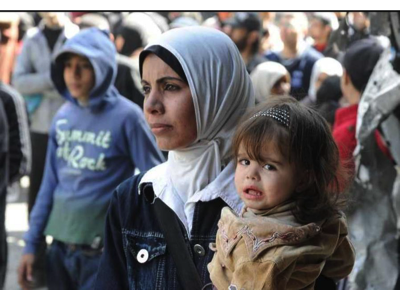 Montreal, October 1st, 2018 — Canadians for Justice and Peace in the Middle East (CJPME) calls on the Canadian government to take concrete action to renew its commitment to the UN aid agency for Palestinian refugees (UNRWA). Late last week, the Vice-President of the European Union and several Foreign Ministers hosted a meeting in New York in response to the Trump administration’s cancellation of key funds to UNRWA. Thirty-four UN member-states and organizations were in attendance, raising $122 million in funds for the organization. Canada was notably absent from this meeting.

Canada was surely invited to the meeting in New York, and CJPME considers Canada’s absence to be a humanitarian and moral failing.  CJPME points out that many of Canada’s allies at the New York meeting announced additional funding commitments to UNRWA following Trump’s decision to cancel American funds. CJPME points out that Canada’s current funding constitutes less than 2% of UNWRA’s overall funds. Comparatively, Sweden, Japan and Norway are currently UNRWA’s in top-ten list of donors.  CJPME calls on the Canadian government to follow suit, upholding its responsibility to Palestinian refugees.

At the end of August, the Trump administration announced it was cutting all funding to UNRWA, calling the organization an “irredeemably flawed operation,” and seeking to unilaterally reduce the number of Palestinians recognized as “refugees” under the UN system. Trump’s decision conflicts with the approach of the international community, who has long viewed UNRWA as a key to stability and development of the Palestinian refugee population. UNRWA provides services to around 5 million Palestinian refugees living mostly in Jordan, Lebanon, Syria, the West Bank – including East Jerusalem – and the Gaza Strip. The bulk of UNRWA’s funds support education, health care, and social services to Palestinian refugees.