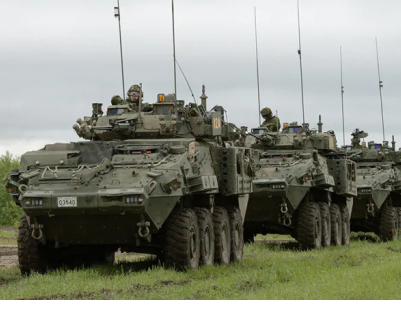 Montreal, October 25, 2018 — Canadians for Justice and Peace in the Middle East (CJPME) calls on Canada to end, once and for all, its arms trade with Saudi Arabia.  The brazen murder of journalist Jamal Khashoggi by Saudi authorities in Istanbul further highlights the brazen and repressive attitude of the Saudi leadership.  CJPME believes that Saudi Arabia’s authoritarian and oppressive practices have, for far too long, betrayed Canada’s purported support for human rights and international law.  Learning that Canada faces a penalty of $1 billion if it suspends the arms deal is just one more sign that the paradoxical sale should be terminated.

In the face of Saudi Arabia’s atrocities, Alex Neve of Amnesty International Canada wrote, “[w]hat Saudi Arabia has heard, repeatedly, from Canada and governments everywhere is silence.” After years of justified public opposition to the deal, Prime Minister Justin Trudeau finally said earlier this week that he might consider freezing or cancelling the deal.  CJPME calls the government to take this step immediately.  If not now, CJPME questions when the Canadian government would ever consider sanctioning the Saudi government given its unlawful behaviour with Khashoggi, with the war in Yemen, its treatment of activists, women and minorities, and other issues.

Even despite the Harper and Trudeau governments’ arguments that the Saudi Arms deal was great for the Canadian economy, a poll in November, 2017 nevertheless found that 73 percent of Canadians opposed the deal.  “This deal is morally and legally bankrupt,” asserted Thomas Woodley, President of CJPME.  “Canada selling arms to Saudi Arabia is no different than a drug dealer selling cocaine to teenagers.  We’re looking to make a few bucks through the misery and destruction of the lives of others.”

CJPME reminds the government that, under Canada’s current arms control regulations, Canada is barred from selling arms to countries if there is a “reasonable risk” that such arms would be used in committing human rights abuses.  As such, fear of a penalty – whatever the size – cannot force the Canadian government to break its own laws.  Of course, it is surprising that the Canadian government would enter into a contract which contained penalty clauses with Saudi Arabia in the first place, knowing full well that the Saudis might fall afoul of Canada’s export controls.  CJPME points out that, with legislation on arms control pending before Parliament with bill C-47, now would be a good time to strengthen Canada’s export control laws.