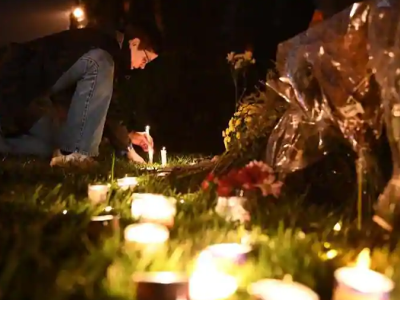 Montreal, October 29, 2018 — Canadians for Justice and Peace in the Middle East (CJPME) is saddened and dismayed by the tragic shooting at the Tree of Life Synagogue in Pittsburgh, PA over the weekend which killed 11 and injured 9.  CJPME expresses its deepest sympathy and solidarity with members of the American and Canadian Jewish communities following this heinous act, and calls for politicians on both sides of the border to do more to address the religious discrimination and bigoted attitudes that exist in both American and Canadian society.

The perpetrator of the shooting seems to have been motivated by extreme right-wing and white supremacist views, much like the shooter in the Quebec City Mosque Massacre of January 29, 2017.  In fact, the shooter in Pittsburgh made bigoted comments against both Jews and Muslims in his on-line posts.  CJPME reiterates its position that government can and must do more to address the root causes of religious discrimination, whether anti-Semitism, Islamophobia or other, and calls politicians to use their public platforms to discourage rather than to inflame bigoted attitudes.  In the case of Canada, CJPME also calls on Heritage Canada to review its approach to its ongoing racism consultations, and consider a more urgent strategy to developing and implementing a national plan to fight racism.