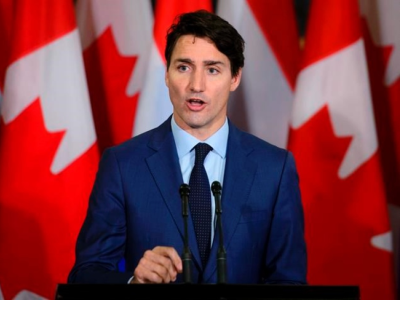 Montreal, December 17, 2018 — Canadians for Justice and Peace in the Middle East (CJPME) is encouraged to hear that the Trudeau government is looking for ways to stop exporting armoured vehicles to Saudi Arabia.  However, this news comes on the heels of last week’s passage of bill C-47, a highly flawed piece of legislation which purportedly has Canada accede to the international arms trade treaty (ATT.)  For almost two years, CJPME, Amnesty International, Oxfam, Project Ploughshares, the Rideau Institute, and other civil society organizations criticized bill C-47 as falling short of the letter and spirit of the ATT.  Yet when C-47 got Royal Consent last week, the concerns of civil society had been virtually ignored.

“While Trudeau is finally talking about limiting arms sales to Saudi Arabia, his government has just passed arms control legislation that will do nothing to limit future such sales,” complained Thomas Woodley, president of CJPME.  CJPME points out that, in the House, several very reasonable amendments were all voted down by the Liberals.  One amendment called for the closing of a loophole which conceals Canadian arms sales to the US: a loophole in stark violation of one of the ATT precepts.  Another amendment called for the review of all export permits if the human rights situation in a country had changed over time.  Other amendments called for greater parliamentary oversight of arms exports and permits.

“With arms sales, you can’t have your cake and eat it too,” said Woodley.  CJPME accuses the government of pretending to be a “good citizen” on arms control, while doing little to stem the trade of arms to authoritarian and belligerent governments.  CJPME points out that, other than the Khashoggi murder, little has changed recently in the human rights portrait of Saudi Arabia.  The government has ignored calls for years to end the Saudi Arms deals because of Saudi Arabia’s brutal war in Yemen and Saudi Arabia’s lamentable domestic human rights record.  Following the Khashoggi murder, the Canadian government is among the last of its allies to consider sanctions against Saudi Arabia.

The ATT seeks to contribute to regional peace and prevent human suffering by “establishing the highest possible international standards for regulating or improving the regulation of the international trade in conventional arms.”   In the opinion of CJPME, the Trudeau government failed to meet this standard with bill C-47.  CJPME points out that, despite the government’s talk about jobs from the Saudi arms deal, surveys showed that most Canadians believed that Canada should cancel the deal. The international arms trade is one of the greatest causes of instability and human rights violations in the Middle East and around the world.