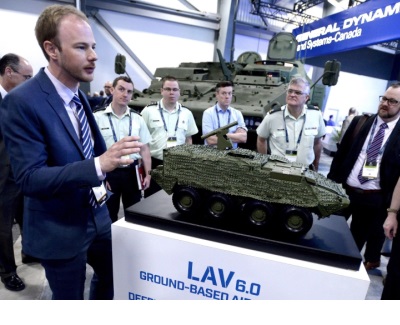 Montreal, March 5th, 2019 — Canadians for Justice and Peace in the Middle East (CJPME) joined eleven other human rights organizations to send a letter calling the Canadian government to immediately suspend arms sales to the Kingdom of Saudi Arabia. The letter pointed out that three months have passed since the government said it was looking at cancelling sales to the Kingdom, but nothing has happened. In the interim, Saudi Arabia maintains a military campaign in Yemen which commits war crimes and imposes abject suffering.

The organizations’ letter stressed the dire humanitarian situation in Yemen – 17 million food insecure; 3 million having fled their homes; 14.5 million without access to safe drinking water and sanitation; 14.8 million lacking access to healthcare – and Saudi Arabia’s role as a belligerent in the crisis. The letter also highlighted the damning contradiction between Canada giving humanitarian aid to Yemen, while arming Saudi Arabia.

Many of Canada’s allies have already either suspended or terminated arms transfers to Saudi Arabia, including Denmark, Finland, Germany, Switzerland, Greece and Austria. While Trudeau and Foreign Minister Chrystia Freeland suggested they would try to find a way to end the sales, the government has remained mum since December. The organizations stressed the danger that Canadian arms could be used to perpetuate serious violations of human rights in Yemen.