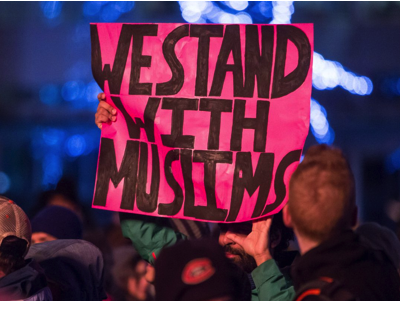 Montreal, March 15th, 2019 — Canadians for Justice and Peace in the Middle East (CJPME) is devastated and deeply upset by today’s horrific attack on two New Zealand mosques, where 49 people were senselessly killed and dozens more injured. In the wake of this terrible tragedy, CJPME renews its call for the Canadian government to stand up for Muslims in all communities by designating January 29th as a National Day of Remembrance and Action on Islamophobia.

Early this morning, news broke that gunmen had opened fire at two mosques in Christchurch, New Zealand. Police have taken four people into custody who they believe to be responsible for this massacre. In a now-deleted Twitter account, one of the alleged gunmen posted a racist 87-page manifesto citing anti-immigrant and anti-Muslim motivations for the attack. He also posted a picture suggesting he was horribly inspired by Alexandre Bissonnette – the man who murdered six Muslim men while they were praying in the 2017 Quebec City Mosque Massacre.

CJPME President Thomas Woodley responded, “Canadians are sadly familiar with the lethal consequences of Islamophobia in Canada.  We extend our deepest sympathy and solidarity with Muslims in Christchurch and around the world on this dark day.” CJPME points out that this latest attack highlights the fact that Islamophobia is an increasingly alarming worldwide scourge that must be addressed by all governments. As a response to growing Islamophobia in Canada, last fall, CJPME and the Canadian Muslim Forum (FMC-CMF) launched the “I Remember January 29th” campaign.  This campaign calls on the Canadian government to designate January 29th – the anniversary of the Quebec City Mosque Massacre – as a National Day of Remembrance and Action on Islamophobia and other forms of religious discrimination, as per the February 2018 report from Parliament’s Heritage Committee. In the aftermath of yet another tragic massacre, CJPME renews this urgent call for the Canadian government to stand up and support our Muslim co-citizens.

Like New Zealand, Canada has seen a growing trend of Islamophobia over the past several years. Statistics Canada’s recent police-reported hate crimes report showed that, of all targeted groups, Muslim-Canadians have experienced the highest increase in hate crimes, with the number more than doubling over the 2016-2017 period. Last year, an EKOS Research survey confirmed that Islamophobia is a persistent challenge to Canada’s multicultural society. Nonetheless, the survey also made clear that many Canadians recognize the problem of religious discrimination and Islamophobia in Canada, stand firmly opposed to it, and expect the government to take measures to address it. The Canadian government now more than ever must provide support for Muslim Canadians.