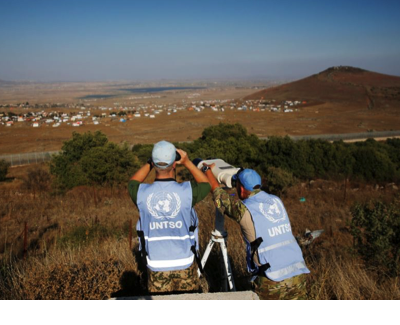 CJPME notes that last week, the US State Department dropped the term “Israeli-occupied” from its official designation of the Syrian Golan Heights. CJPME points out that most of the world – including Canada – views the Golan Heights as occupied territory. Indeed, in 1981 the UN Security Council (UNSC) passed Resolution 497, declaring Israel’s 1981 annexation announcement as “null and void and without international legal effect.” As recently as 2016, the UNSC once again unanimously voted against Israel’s claim to the Golan Heights. Long-time Canadian allies such as France and the European Union have already moved to condemn Trump’s Golan Heights decree as a violation of international law. CJPME calls on Canada to join its Western allies in speaking out against Trump’s statement.

CJPME notes that Trump’s Golan Heights Decree is the latest in a series of one-sided decisions the American government has made favouring Israel. During Trump’s tenure, the US has broken from decades of US foreign policy on several Middle East issues. Responding to Trump’s decree, CJPME President Thomas Woodley stated, “Trump's Golan Heights tweet contradicts all negotiations principles and undermines international law.  Basically, he clears the way for belligerent governments around the world to seize territory by force."  CJPME calls on the Canadian government to join European allies to help fill the vacuum of leadership on Middle East issues.

Since 1967, Israel has occupied the Syrian Golan Heights as well as the Palestinian territories in the West Bank and Gaza. Thus far, Israel has constructed more than 30 illegal colonies in the Golan Heights, which are home to roughly 20,000 Israeli colonists. Trump’s Golan Heights decree inappropriately confers legitimacy to Israel’s long military occupation and illegal colonization of Syrian territory. Trump's one-sided move makes a negotiated peace between Israel and the Palestinians even more unlikely – a possibility that many have already abandoned.