CJPME: After 37 Executions, Canada Must Re-Examine Relations with Saudi Arabia 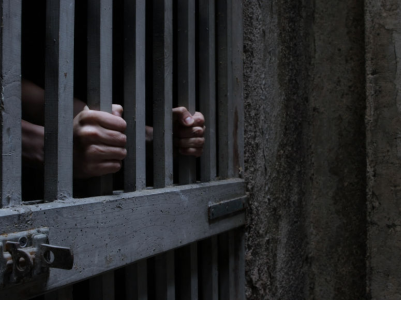 Montreal, April 24th, 2019 — Canadians for Justice and Peace in the Middle East (CJPME) is deeply appalled by Saudi Arabia’s gruesome execution of 37 Saudi men yesterday – in the largest mass execution since January 2016. In light of these recent executions and Saudi Arabia’s increasing human rights abuses, CJPME calls on the Canadian government to re-examine its relationship with Saudi Arabia.

On Tuesday, April 23rd, the Saudi monarchy announced the execution of 37 Saudi men, 33 of whom are members of the country’s severely oppressed Shia minority. Many of those executed had been convicted on “terrorist” charges, simply for involvement in political protests – some of which took place when the accused were under the age of 18. Amnesty International has dismissed their convictions, accusing Saudi Arabia of engaging in “sham trials that violated international fair trial standards which relied on confessions extracted through torture.” CJPME notes that with these latest executions, Saudi Arabia has already executed 100 people only a few months into 2019. This is a much higher rate than previous years and reflects Prince Mohammed bin Salman’s (MBS) increasingly ruthless policies against political dissent.

Despite Saudi Arabia’s severe repression of freedom of speech and flagrant human rights abuses, CJPME notes that Canada has chosen to maintain its $15 billion-dollar arms deal with Saudi Arabia. CJPME President Thomas Woodley responded to the mass executions, “Saudi Arabia’s chilling disregard for human rights should be enough reason for Canada to freeze its arms sales to Saudi Arabia. What more justification does the Trudeau government need to cancel arms sales to the Kingdom?” In the wake of these most recent revelations, the Canadian government should re-examine its relations with Saudi Arabia, leveraging its commercial ties to pressure the Kingdom to respect human rights. Woodley continued, “Without the threat of repercussions, it is unlikely that Saudi Arabia will change its behavior and consider human rights reforms.”

CJPME points out that these mass executions are part of a series of aggressive actions MBS has taken to consolidate and centralize his authority. Since rising to power in 2017, MBS has waged an inhumane war in Yemen, has launched an economic blockade against Qatar, and has arrested and even killed hundreds of dissenting scholars, ministers, and human rights activists. Many of Canada’s allies have already either suspended or terminated arms transfers to Saudi Arabia, including Denmark, Finland, Germany, Switzerland, Greece and Austria.