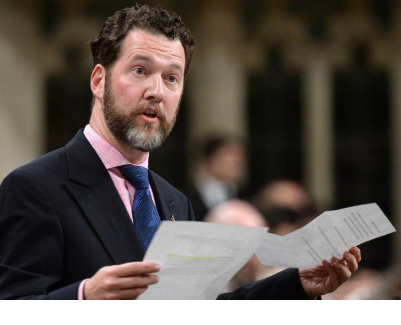 Montreal, June 5, 2019 — Canadians for Justice and Peace in the Middle East (CJPME) is deeply concerned that Motion M-153– which purports to honour the victims of the January 29, 2017 Quebec City mosque massacre – is an attempt to avert a proper tribute to the victims of January 29.  M-153, which passed second reading in the House of Commons last Thursday, a private-members motion introduced by Conservative MP Scott Reid, seeks to designate January 29 as a “National Day of Solidarity with Victims of Anti-religious Bigotry and Violence.” CJPME believes this motion fails to address the Islamophobia that inspired the January 29th massacre, instead diluting the significance of the January 29th by grouping together several dissimilar violent incidents from Canadian history.

The full text of Reid’s motion M-153 reads: “That the House recognize that acts of violence and bigotry directed against religious believers, such as the June 23, 1985, bombing of Air India Flights 182 and 301, the September 15, 2001, firebombing of the Hindu Samaj Temple and the Hamilton Mountain Mosque, the April 5, 2004, firebombing of Montreal’s United Talmud Torah Jewish school, and the January 29, 2017, murder of Muslims at the Quebec City Islamic Cultural Centre, are inimical to a free, peaceful, and plural society and declare January 29 of every year as National Day of Solidarity with Victims of Anti-religious Bigotry and Violence.”

While each of the incidents named above convey suffering and horror, CJPME notes that the Quebec City Mosque Massacre of January 29th is the only attack resulting in fatalities at a place of worship. Moreover, it is by far the most relevant and most recent of the incidents – in fact by 13 years. CJPME points out that November 2018 Statistics Canada findings revealed that of all religious and racial minorities in Canada, Canadian Muslims are facing the highest increase in hate crimes. Parliamentarians should ask themselves why Reid is only now addressing the bigotry that inspired violence over a decade ago, while refusing to address the threat of Islamophobia today.

CJPME President Thomas Woodley responded, “Rather than honouring the victims of the Quebec City Mosque Massacre, Reid’s motion seems to make every effort to deflect attention from the issue of increasing Islamophobia in Canada.” CJPME notes Reid’s motivations remain suspect, given the timing of the motion and his refusal to condemn Islamophobia in 2017.  CJPME has published an analysis identifying all the significant shortcomings of the motion M-153: “Motion M-153: An attempt to downplay the problems of Islamophobia in Canada.”.

CJPME, for its part, launched the “I Remember January 29” campaign in October, 2018 with the Canadian Muslim Forum.  This campaign calls on the government to designate January 29th as a “National Day of Remembrance and Action on Islamophobia, and other forms of religious discrimination,” as per Recommendation #30 from the Parliamentary Heritage Committee’s M-103 Report. Unlike Scott Reid’s motion, this call for a Day of Remembrance and Action has community support from hundreds of Canadian organizations, academics, and municipalities as well as over 7,000 Canadian individuals who have signed onto the campaign. CJPME believes that any commemoration of January 29th should focus on the victims of the Quebec City Mosque attack – gunned down in their place of worship – and the odious bigotry which motivated the attack.