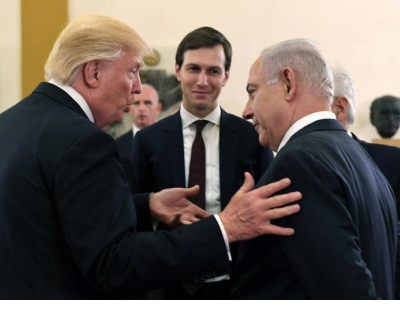 Montreal, June 25, 2019 — Canadians for Justice and Peace in the Middle East (CJPME) rejects the American government’s doomed “deal of the century” initiative for Middle East peace. This morning, the Trump administration began the sales job for its $50 billion-dollar economic plan for Israel-Palestine at an international conference in Manama, Bahrain. CJPME and many others around the world oppose Trump’s one-sided “peace” plan that sidelines Palestinians and fails to address the core issues at stake in the conflict.

Earlier this week, the White House issued a statement in support of the initiative, claiming, “generations of Palestinians have lived under adversity and loss, but the next chapter can be defined by freedom and dignity.” CJPME President Thomas Woodley responded, “Palestinian freedom and dignity will only be achieved when the international community – including the US and Israel – recognizes the Palestinians’ human rights, and their right to self-determination.  Palestinian dignity and freedom will begin when Israel’s occupation army leaves the West Bank, when Israel shutters its Jewish-only colonies in the West Bank, and when Israel ends its blockade of Gaza.” While CJPME recognizes that Palestinians have economic needs, CJPME and the Palestinian leadership believe that economic incentives do not replace fundamental human rights.

CJPME rejects Trump’s one-sided approach to the deal, which has involved only the Israelis in the “negotiations.”  Trump’s one-sided support for Israeli aspirations have led the Palestinian leadership to boycott the Bahrain conference, stating that their rights are not for sale. CJPME questions how the American government can conduct “peace” negotiations while excluding the Palestinians.

Since Trump’s election, the American government took a series of steps which broke from long-standing American foreign policy, and caused the Palestinians to abandon efforts to work with the Americans.  In 2018, the Trump administration moved its embassy to West Jerusalem. Later in 2018, it cancelled aid funding to Palestinian refugees and expelled the PLO leadership from Washington D.C. The Trump administration has also refused to express support for a Palestinian state, stating that Israel has the right to permanently annex parts of the West Bank. CJPME calls on Canadian political leaders to dismiss the doomed Trump initiative, and advocate for new, fair and equitable negotiations that bring about a just and equitable solution to the conflict.