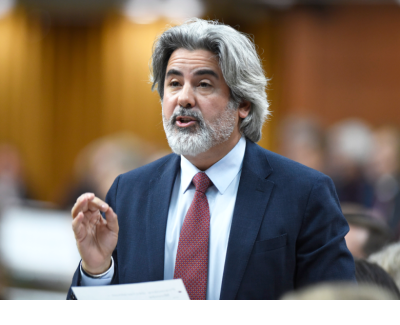 Montreal, June 26, 2019 — Canadians for Justice and Peace in the Middle East (CJPME) skeptically  welcomes the Trudeau government’s announcement of its new anti-racism strategy, which includes a definition of Islamophobia. Canadian Heritage Minister Pablo Rodriguez unveiled “Building a Foundation for Change” yesterday, a plan that allocates $45 million to fight racism through community initiatives, public education campaigns and combatting online hate. While CJPME is encouraged to see the federal government take steps toward addressing racism in Canada, there are still significant gaps in the strategy, which ultimately fails to enumerate any concrete actions on the urgent problem of Islamophobia in Canada.

The government’s anti-racism strategy comes as a response to the Heritage Committee’s M-103 report and recommendations, which called for a national action strategy against racism and discrimination. While the M-103 study was initially commissioned as a result of growing Islamophobia in Canada, CJPME notes that the new anti-racism strategy deemphasizes the challenges facing Canada’s Muslim community today. Instead, the strategy speaks only generally of the need to fight anti-Black racism, homophobia, anti-Semitism, anti-Indigenous racism, Islamophobia and other discriminations. CJPME President Thomas Woodley responded, “While any steps toward combatting racism should be applauded, the government’s new anti-racism strategy seems to be a pre-election marketing pitch that seeks to make everyone happy, and avoids any concrete commitment to action.”