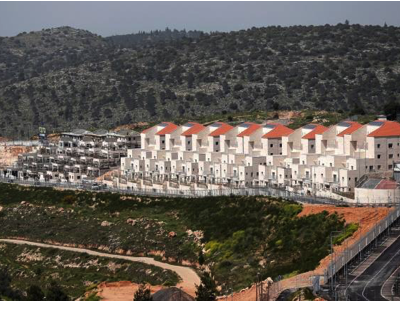 Montreal, July 12, 2019 — Canadians for Justice and Peace in the Middle East (CJPME) is alarmed by an independent UN expert’s warning against Israeli designs on the occupied Palestinian territories. This morning, the United Nations Office of the High Commissioner for Human Rights (OHCHR) broadcasted the findings of an independent report that raises serious concerns over Israel’s prolonged occupation and human rights abuses in the Palestinian territories. In wake of this report, CJPME renews its call for the Canadian government to take immediate action to hold Israel accountable for its human rights violations.

Michael Lynk – the UN Special Rapporteur for the situation of human rights in the Palestinian Territory –penned a scathing report of Israel’s human rights abuses in the occupied Palestinian territories. Lynk’s report highlights the dire human rights situation in the occupied Palestinian territories, citing Israel’s incarceration of Palestinian children, its expansive and illegal “settlement” enterprise, and increasing home demolitions that could constitute forcible transfer – a crime against humanity under international law. Moreover, Lynk condemns Israel’s hostility toward human rights organizations and refusal to cooperate with international bodies. Describing Israel’s 52-year old occupation as an “affront to modern international law,” Lynk is calling on the international community to immediately “determine whether Israel’s role as the occupying power has crossed the bright red line into illegality.”

CJPME President Thomas Woodley responded, “These findings confirm many of the things CJPME has been telling our politicians for years. It is time for our political representatives to stop turning a blind eye to Israel’s grave human rights abuses.” CJPME is calling on the Canadian government to vocally oppose all illegal Israeli territorial ambitions and join the international condemnation of Israeli colonies in the occupied Palestinian territories. In addition to condemnations, CJPME believes Canada must consider more aggressive ways to pressure Israel to respect international law. Canada can begin by levying diplomatic and economic pressure through refusing to protect Israeli interests at the UN, engaging in punitive trade sanctions, and potentially other economic measures.

Earlier this year, US President Trump became the first world leader to recognize sovereignty over the Golan Heights, Syrian territory occupied by Israel since 1967. Just one month later, Israeli Prime Minister Benjamin Netanyahu promised to annex Israeli settlements in the occupied Palestinian territories if elected to another term. The US has recently expressed its support for an Israeli annexation of Palestinian territory in the West Bank. Canada must vocally oppose these decrees and join international partners in working for a just and peaceful solution to the conflict.