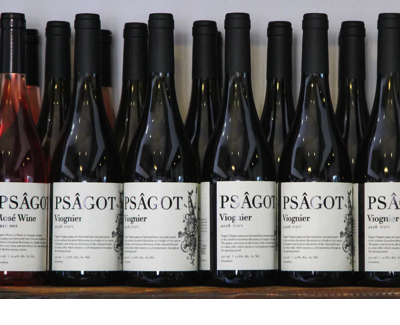 Montreal, July 29, 2019 — Canadians for Justice and Peace in the Middle East (CJPME) applauds the Federal Court of Canada’s ruling against “Product of Israel” labels on wines produced in Israeli colonies (aka “settlements”). This morning, the Federal Court rejected this practice, calling the mislabelling “false, misleading and deceptive.” CJPME agrees with the Federal Court's principled decision on this matter and renews its call for the Canadian government to distinguish between products originating from Israel and Israeli colonies in the Occupied Palestinian Territories (OPT).

Since 2017, Winnipeg-resident Dr. David Kattenburg has lodged several formal complaints over the mislabelling of wines produced in Israel’s colonies in the OPT. In his persistent fight to hold the Canadian Food Inspection Agency accountable to its own standards, Kattenburg and his lawyer Dimitri Lascaris brought the case forward to the Federal Court of Canada. Early this morning, the Court released its decision in Kattenburg vs. Attorney General of Canada, ruling that mislabelling wines from Israeli colonies as “products of Israel” is both inaccurate and a violation of Canadian consumer protection laws. The Court’s decision is consistent with UN Security Council Resolution 2334 (December 2016), which condemned Israel’s colonies and urged the international community to properly distinguish between products from the state of Israel and the OPT.

For the past two years, CJPME has closely followed this case, campaigning for the Canadian government ensure rigour, transparency, and compliance in regard to the labeling of wines coming from the Middle East, specifically the OPT. Responding to today’s decision, CJPME President Thomas Woodley stated, “This landmark ruling will have a significant impact for human rights advocates who wish to boycott wines originating from illegal Israeli colonies. Even more, this could be the start of a larger Canadian movement to label – and even ban – products originating from Israeli colonies.” CJPME notes that while the Trudeau government has repeatedly condemned human rights activists who boycott Israel and/or Israeli colonies, Federal Court Justice Mactavish remarked that, “One peaceful way in which people can express their political views is through their purchasing decisions. To be able to express their views in this manner, however, consumers have to be provided with accurate information as to the source of the products in question."

Since 2015, the European Union has issued labeling guidelines for products imported from Israeli colonies based in the OPT. However, in accordance with international law, many Palestinians have called for a complete boycott of any business or institution participating “directly or indirectly” in the Israeli military occupation of Palestinian territories. In wake of the Federal Court’s decision, CJPME recommends that Canada distinguish in its dealings with Israel and Israeli colonies and immediately suspend the import of products produced illegally by Israeli companies operating out of the West Bank.