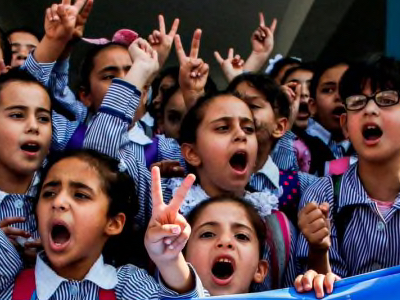 Montreal, August 13, 2019 — Canadians for Justice and Peace in the Middle East (CJPME) urges the Canadian government to maintain its support for the UN aid agency for Palestinian refugees (UNRWA). CJPME urges this support in spite of recent calls from pro-Israel organizations B’nai Brith and the Centre for Israel and Jewish Affairs (CIJA) to end Canadian support for UNRWA, in light of recent allegations of mismanagement.  Conservative leader Andrew Scheer has also echoed the call to end Canadian funding to UNRWA.

The allegations of mismanagement stem from Agence France-Presse, which obtained a copy of a leaked UN report accusing UNRWA of “serious ethical abuses” of the senior management for engaging in “sexual misconduct, nepotism, retaliation, discrimination and other abuses of authority, for personal gain, to suppress legitimate dissent, and to otherwise achieve their personal objectives.”  The allegations focus on UNRWA's top official, Commissioner-General Pierre Krahenbuhl.  UNRWA is currently under investigation by the UN, and Krahenbuhl said that the agency is prepared to take “corrective measures” if the investigation so required.

CJPME asserts that Palestinians at large should not be penalized for alleged misconduct in UNRWA’s leadership. Canada did not halt assistance to Haiti after charges of rampant corruption came to light in the aftermath of the earthquake in that country. Neither was support withdrawn from the International Committee of the Red Cross (ICRC) for Ebola funds in West Africa even after certain officials defrauded that agency of funds. “Canada can insist that UNRWA function effectively and efficiently, but should still continue to support UNRWA and its core programs in education and health care” said Thomas Woodley, President CJPME.  UNRWA has already made changes in leadership in response to the allegations.

CJPME points out that in 1947 Canada voted in favor of the partition of historic Palestine, one part of which was to be the Palestinian-Arab state, which has yet to be established.  As a part of the international community seeking a long-term solution to the Palestine-Israel conflict, Canada must ensure that vulnerable Palestinian refugees are not abandoned or left impoverished as a result of the ongoing UN investigation. UNRWA started its operations in 1950 and is providing assistance and protection for 5 million Palestinian refugees. Funds to UNRWA provide primarily for education and health, but also microfinance, protection, relief and social services.